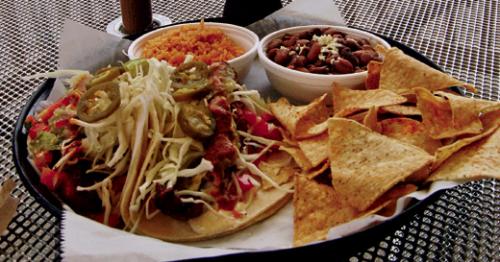 Gather ’round, youngsters, and I’ll tell you about a time when fish tacos were unknown in our town.

It wasn’t all that long ago, really — as recently as the ’90s — when the idea of putting fish on a taco pretty much struck everyone as weird and unappetizing. Or so it seemed to everyone who hadn’t tasted the original at taco shacks on Mexico’s Pacific Coast beaches, or at Rubio’s in Old Town San Diego, anyway.

But that was before Bazo’s arrived in town with a more than credible version of Rubio’s original, and suddenly the idea of putting crunchy, golden-brown and delicious nuggets of fried white fish on a soft corn tortilla with shredded cabbage and spicy white crema didn’t seem so strange anymore.

Bazo’s started in the tiny eatery on Willis Avenue in St. Matthews that now houses Kayrouz Café, as a restaurant “incubator” spinoff by Tony “Boombozz” Palombino; before long, it moved into the larger shop nearby that’s now home to Simply Thai.

Then it did a short term in the old theater building on Baxter that’s seen a stream of short-lived spots, and finally, about five years ago, it migrated into the vast hulk of the old Village Center building on Dupont Circle, on the other side of the barn-like structure from Village 8, and it’s frankly not all that visible on the local foodie radar anymore.

Get ready for it, though: It might be out of sight, but Bazo’s is clearly not out of the minds of those seeking a good, Mexican-accented meal for a very fair price. Not only is it going strong in the Village Center location, but it has spun off two siblings, one downtown on Market Street and another in U of L’s Cardinal Center.

We were in the Village 8 neighborhood the other night and decided to drop in. We had a surprisingly good meal — maybe not quite authentic Spanish-only taqueria good, but much better than the fresh-burrito chains good, and cheap, too.

How cheap? Well, you can’t go over $7.29 for anything on the menu, and that toll will buy you a fish burrito or shrimp burrito. Eight other burritos can be yours for as little as $4.59 (for the bean-and-cheese model) to $6.99 (for the descriptively monikered “Big Burrito,” an oversize item that’s at least as big as your head, or OK, close to it, anyway).

The signature fish taco is $2.99, and a half-dozen others are $2.39 (for a bean taco) to $2.99 (for a Gulf shrimp taco). Yeah, they’re taqueria-size small, served open-face on a corn tortilla, but at those prices, you can afford two or three. Taco combo plates with three tacos and chips top out at $7.49 (with a 20-cent upcharge for beef and 40 cents for seafood). Wrap it up with favorites (quesadillas, nachos or a “Mexican pizza” for $6.99), and if you can’t find something you like here, you’re probably pretty hard to satisfy.

The grilled veggie burrito ($5.79) was loaded with flavorful grilled red and green peppers, onions, rice and black or pinto beans, with a bit of lettuce, tomato and guacamole plus a dollop of mayo to make it creamy, all rolled into an oversize tortilla wrapped in foil.

The fish taco ($2.99) was as good as ever, and the carnitas ($2.59, roasted “pulled” pork, onions and cilantro) was even better. A couple softly fried churros, extruded fried cinnamon pastry, didn’t knock our socks off, but we didn’t leave them uneaten.

With a Mexican Coke made with real cane sugar and no chemistry-set additives, and a tangy-sweet Jarritos Limon Mexican soft drink, our filling dinner topped out at $19.99, plus a few bucks for the tip jar.