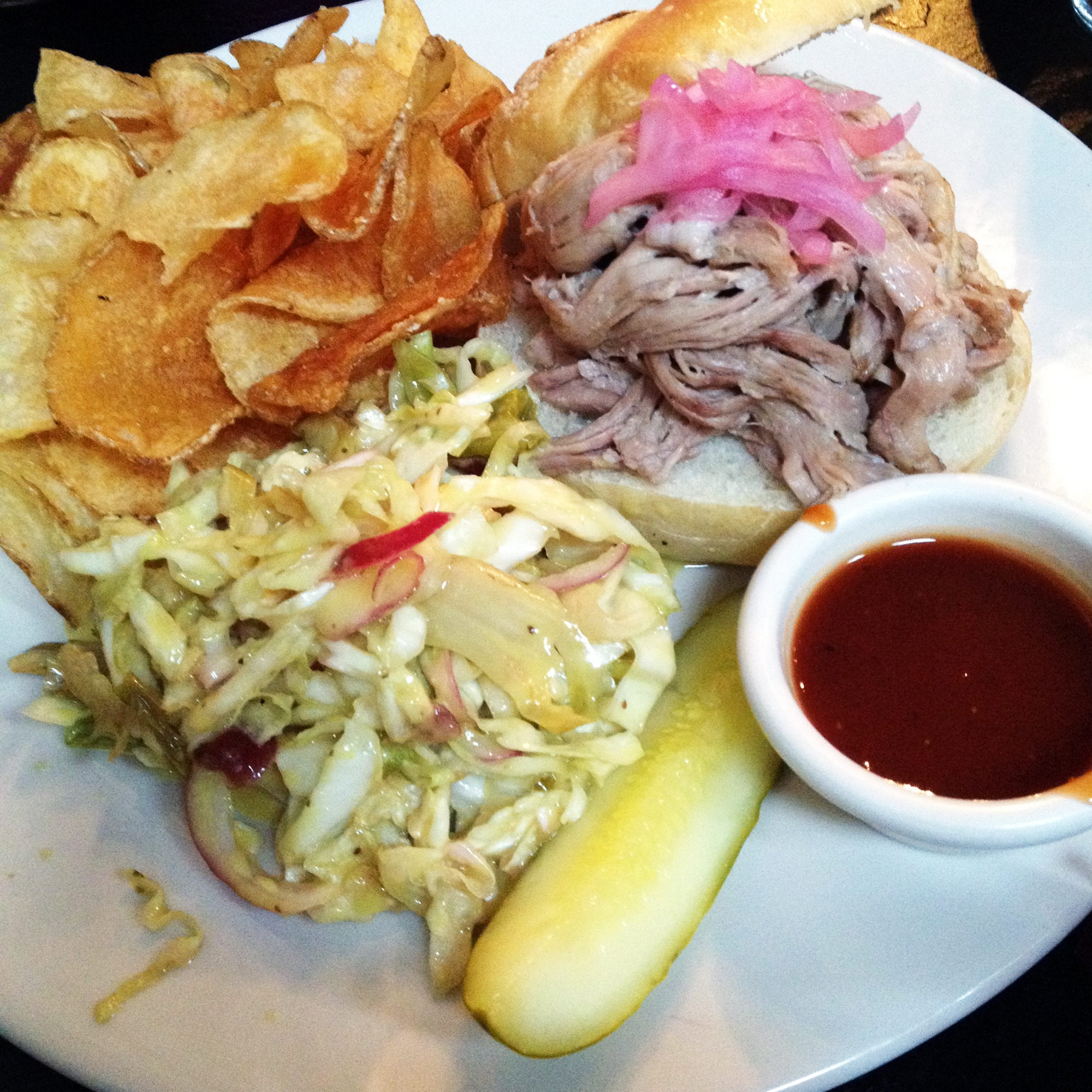 Even in a region singularly blessed with strong local microbreweries and brewpubs, Against the Grain stands out in its relatively short life (it opened last October) as an operation seriously dedicated to the production and enjoyment of excellent beer.

]Hammering on the point that Against the Grain is Louisville’s only brewery owned by the brewers themselves, beholden to no other management priority than making beer well, the brewers collectively declare on the brewpub’s Website: “The Louisville area has had a number of quality brewpubs for some time now, but still there was simply not enough beer! Against the Grain is an effort to help solve this problem. We maintain a diverse array of beers covering all of the major categories of beer flavor while generating an endless stream of innovative new brews. In short, everything is ‘specialty.’ Boredom will be extremely difficult.”

Creating their brews in the massive copper tanks that rise behind glass walls 40 feet or more to the high ceiling of the old building that used to be the Brinly-Hardy Co.’s 19th century brick “train shed” and is now the back end of Louisville Slugger Field, the brewers churn out an ever-changing, never-ending supply of beers that fall into six broad categories: “Hop,” “Smoke,” “Dark,” “Malt,” “Session” and “Whim,” which cover a diverse range of beer styles.

Easy-sipping “session” beers bring low alcohol and lighter body to the party, making it possible to enjoy a few without recriminations. “Hop” beers use the noble hops plant to add bitterness and aroma. “Whim” represents whatever comes to the brewer’s imagination; it’s currently something involving blood oranges. “Dark” brews stand opaque to the light, rich and creamy. “Smoke” beer, accented with smoked flavors, are rare in the wide world but play an important role here, where smokehouse meats (and other good things) are a big part of the bill of fare.

The menu seems to have tightened a bit since my last visit, losing some gourmet-style gastropub dishes to focus almost entirely on the smokehouse category that the chefs handle very well. Moreover, in a remarkably inclusive act for a place with a focus on barbecue, more than half the nine appetizers, starters, soups or salads, two of the six barbecue-style sandwiches and all of the sides are marked with icons representing vegetarian or vegan fare.

We settled in with a half-pint of the current “session” beer, a light, crisp and golden lager, and a pint of the current “smoke,” an attractively bacon-scented English mild ale, and decided to sample both a meatful and a meatless sandwich, both served on good grilled Breadworks kaiser rolls. Both turned out fine: The “Memphis” (pulled pork shoulder, $10) featured tender, mild-flavored pork shreds with smoke character more delicate than in-your-face. The “Asheville” ($10), a vegan concoction, was a sloppy Joe-style mix of smoked tempeh soybeans and tart-sweet barbecue sauce on a bun. It was offbeat but tasty, and fun to see where the kitchen would take a vegetable-based barbecue. I had no complaints.

Sides all passed muster, too: Crisp, coarse cut slaw gained from a smoky, tangy-sweet dressing; kettle chips were thick and crisp and seemed freshly made; and stick-to-your-ribs baked beans in smoky tomato sauce boasted a stick-to-your-ribs flavor that belied their meatless nature. Dinner for two, including the two excellent beers, came to a fair $31.65, and competent, enthusiastic service earned a $7.35 tip.