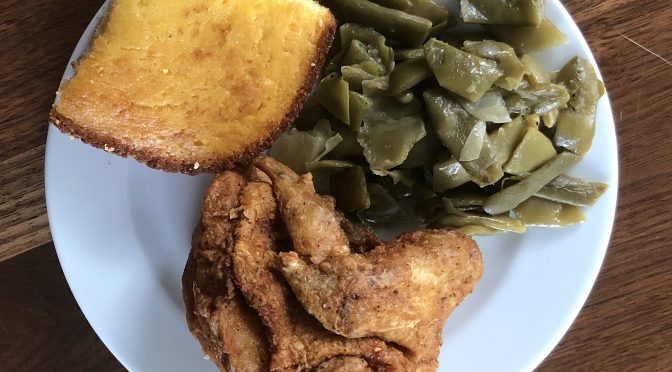 Ladies and gentlemen, boys and girls, we interrupt our dining review for this public-service announcement: Have you voted yet? Good! Wait, you over there! You haven’t voted? Please vote on Election Day, Nov. 3, or vote early in person at one of Louisville’s convenient early polls. But vote! Vote as if your life depends on it, because just possibly it does.

There! I’m glad to get that off my chest. We voted last week. It was easy. It really felt good. And best of all, it led us toward this week’s exceptionally tasty food report.

Here’s how it went down: We voted early at the Kentucky Center for African-American Heritage, then decided to grab a delicious soul-food meal from a Black-owned West End restaurant: Big Momma’s Soul Food Kitchen. END_OF_DOCUMENT_TOKEN_TO_BE_REPLACED 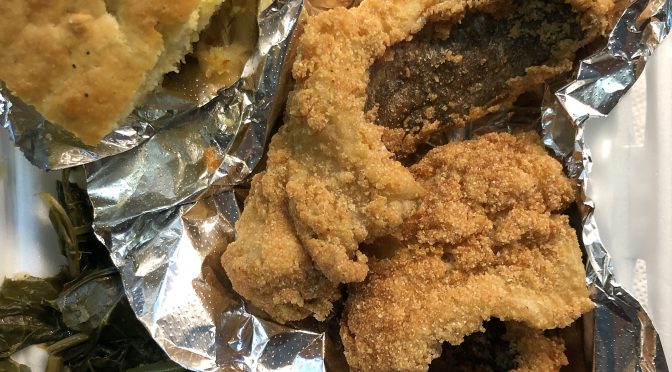 Support Black-owned restaurants, and other Black-owned businesses, too! You’ve heard me yell this for quite a while. Every time I head west of Ninth Street for a good meal and a friendly welcome, I urge you to do the same. Erasing that imaginary, unnecessary wall that cuts off Louisville’s West End from the rest of Louisville is the important and right thing to do. END_OF_DOCUMENT_TOKEN_TO_BE_REPLACED 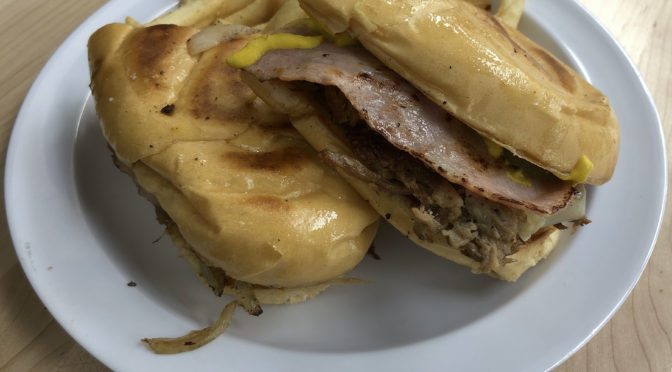 Many of Louisville’s West End neighborhoods are defined as food deserts, places where low-income neighbors don’t have easy access to supermarkets. But Carlos Galan is trying to do something about that.

Galan, who came to Louisville from Florida five years ago with his wife, Kim, saw potential in the West End, and he is taking practical steps to bring food to the Market Street neighborhood where Russell meets Portland. END_OF_DOCUMENT_TOKEN_TO_BE_REPLACED 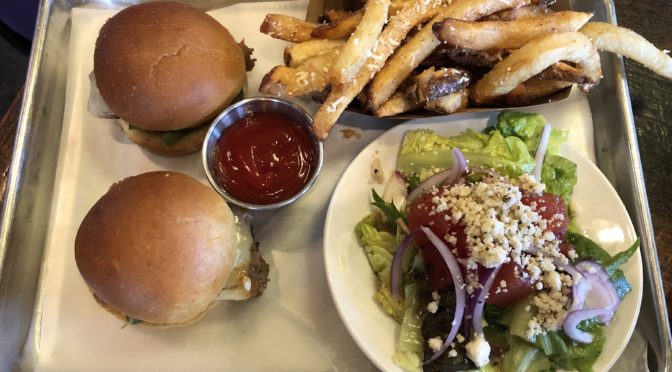 Yeah, I know. Not. Going. To. Happen. END_OF_DOCUMENT_TOKEN_TO_BE_REPLACED 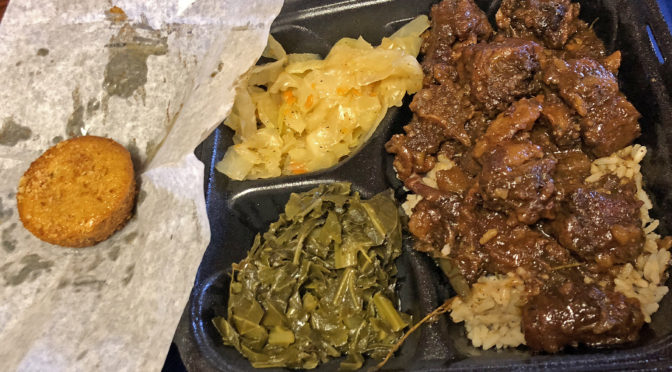 Let’s tear down that wall, the imaginary one along Ninth Street that some people think separates our West End neighbors from the rest of us. I can’t think of a better time than Derby season to do it, and I’ve got a great destination in mind: Roof Top Grill, a friendly eatery that turns out some of the best Jamaican food around. END_OF_DOCUMENT_TOKEN_TO_BE_REPLACED 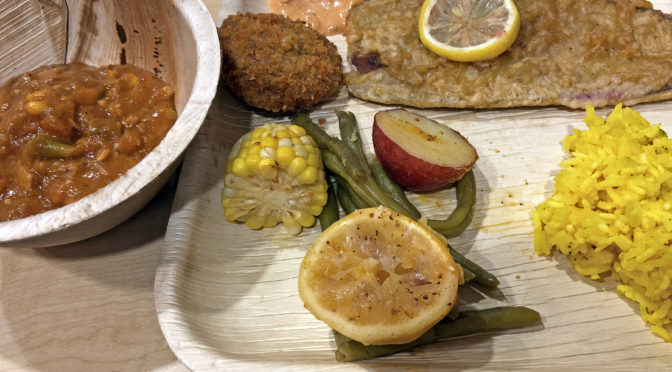 But there’s good news for vegetarians and vegans who want life to be more than a boring run of side dishes: There’s a variety of humane alternatives that can approximate that experience without Bossy or Porky having to die for their pleasure. END_OF_DOCUMENT_TOKEN_TO_BE_REPLACED 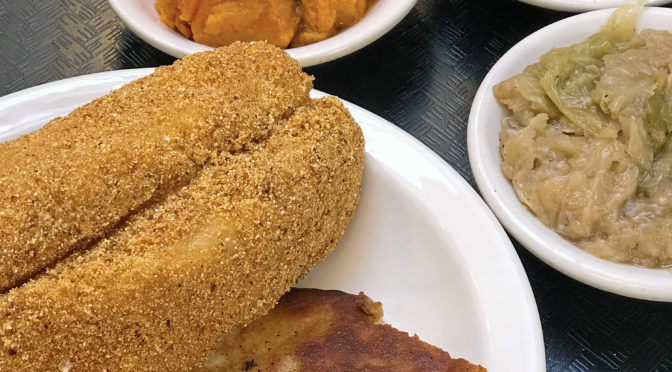 I can’t think of a better place to begin than Irma Dee’s, a charming, bright little cafe that opened a few weeks ago on a main street in the city’s Parkland neighborhood. END_OF_DOCUMENT_TOKEN_TO_BE_REPLACED 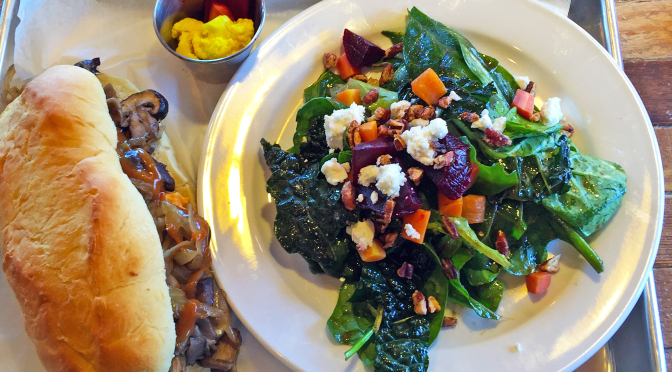 Everything about The Table seemed so cool! Its lovely adaptive reuse of a sturdy 19th century warehouse building, comfortable and cozy, making fine use of exposed brick, rough-hewn wooden tables, attractive art and bright flowers. The lunch menu that isn’t overly long, but it was full of intriguing goodies that makes thoughtful use of fresh, locally produced ingredients. And the room crowded with happy people, filling the space with laughter and smiles. END_OF_DOCUMENT_TOKEN_TO_BE_REPLACED

When the Supreme Court axed Louisville’s long-standing school-desegregation plan this summer, an ABC News team came to town to report local reaction, and while they were here, they took their cameras to lunch at Big Momma’s Soul Kitchen and declared this tiny West End eatery “a true oasis of lovingly prepared home cooking that delivers great taste at a great price.”

That’s strong praise, so we headed west on Broadway to Shawnee Park, where Big Momma’s occupies a tiny, white-painted building just large enough for a service window and five tall stools along a short lunch counter.

Open for lunch and early dinner daily, Big Momma’s offers a lot of soul food for a little price. Each day’s menu changes slightly, but fried chicken and a few other items remain constant. A main course and two sides is $7 to $7.50; sandwiches are $3.50, mostly.

We filled up on crisp, juicy fried chicken and an oversize breaded pork chop smothered in gravy, with excellent long-simmered green beans and bacon; white beans; creamy, rich mashed potatoes; and long-cooked chunks of cabbage, all well-seasoned and flavored and prepared with obvious TLC. That’s what “soul” is all about. We dropped a good tip in the jar and left with smiles and change from a $20.

Way back at the dawn of time (oh, all right, during the 1970s), back when most people in Louisville thought “nacho” was just a cool way of saying “righto” and even the cognoscenti pronounced “taco” as “tack-oh,” indeed even before the first Taco Bell rang the region’s chimes, there was Taco Tico.

(Actually, for the sake of historical accuracy, the first Taco Tico was founded in Wichita, Kan., in 1962. Glen Bell opened his first eponymous taqueria in Downey, Calif., that same year. Louisville, however, slow during that era to embrace culinary change, failed to embrace the fast-food taco for a while.)

Taco Bell, of course, prospered and grew. Now a property of Louisville-based Yum! Brands, it boasts about 6,000 outlets around the world. Taco Tico, on the other hand, topped out in the ’80s with about 120 outlets before falling off to about half that peak. It’s in just eight states, the lion’s share in Kansas and nearby states, with a handful in Kentucky.

But now, after a 10-year hiatus, Taco Tico is back in Louisville END_OF_DOCUMENT_TOKEN_TO_BE_REPLACED