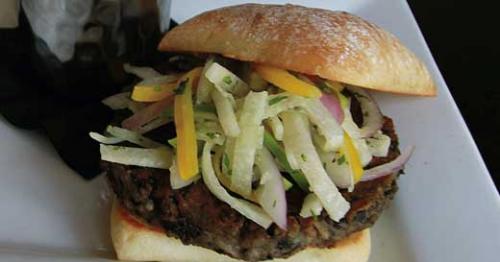 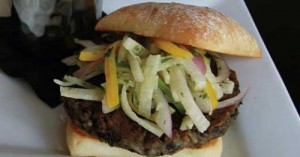 We’re responsible people. We would never (well, hardly ever) recommend dining and dashing, running out without paying after your restaurant meal. But you can come mighty close to enjoying this unsavory practice at Avalon.

In fact, the invitation to steal almost comes from Avalon’s management, which came up with the idea of addressing recessionary times with a remarkably affordable lunch menu featuring about two dozen tasty goodies — not only appetizers but midday main courses — all priced $7 or less.

It’s funny how Avalon has settled so comfortably into the Highlands scene since it opened (and earned my 90-plus rating) in the spring of 2002, nearly a decade ago. Like the Island of the Blessed Souls of Celtic mythology, where King Arthur’s bones rest hidden in oceanic mists, Louisville’s Avalon has become part of the local culinary legend, albeit perhaps a place I often think of more for its popular, expansive and nearly all-weather al fresco dining than its eminently credible bill of fare.

Now the $7 lunch menu offers a compelling reason to come back again, even if you dine indoors as we did on a recent summer weekday. The multi-level dining rooms remain stylish and urbane in their simple, earth-toned decor, and service — somewhat distracted by a large party on the other side of the room — remained courteous and friendly although not quite as attentive as I might have wished.

Did I say $7? The lunch list is actually $6.95 or less, and includes smaller but still ample portions of many of the popular Bardstown Road bistro’s signature dinner items, including the Avalon burger ($6.95), knife-and-fork grilled cheese ($6.95) and macaroni and cheese ($5.95).

The menu describes its starters as “snacks and appetizers,” an invitation to graze, and brings most in at well under the $7 line, starting as economically as $3 (for jalapeño pretzel bites with BBC Nut Brown Ale beer cheese), and including such goodies as cornmeal-dusted fried okra ($3.50), warm country olives and almonds ($4.50), and smoked chicken egg rolls topped with roast corn guacamole salad ($6.95). Soups and salads are $5.50 to $6.50, although you can push through the $7 ceiling should you choose to super-size, er, add tuna to your salad, which brings it up to $8. Finally, the eight lunch main courses are all $6.95 except the BLT, a bargain at $4.95.

We took advantage of the low prices and built a substantial yet still affordable midday meal on appetizers and main courses.

The deviled egg starter ($4) is built on local organic eggs — two big thumbs up for that — three halves deviled in traditional fashion, dotted with paprika, garnished with a crisp length of potato fried chip-style and served with a dish of thin, hot-sweet Avalon hot sauce. Mary’s appetizer pick, macaroni and cheese ($5.95), was a big winner: Substantial enough to make a meal, a bowl of round orecchiette (“little ears”) pasta was sauced with a creamy mix of Kenny’s Kentucky White Cheddar and earthy Italian Fontina cheese and garnished with a nest of crispy potato strings.

Mary’s main course, half of a large, crisp and thin toasted flatbread ($6.95), was topped with sautéed wild mushrooms and melted herbed cream cheese, garnished with arugula leaves and served with a small side salad of mixed lettuces. The pizza-like flatbread was good (caprese salad or BBQ chicken options are also available), but the salad was a frustrating disappointment. Why must so many fine restaurants pay so little attention to serving bagged mesclun? I’m sure the bag says “washed,” but trust me, folks, it’s not. Leaves with slimy, rotted spots and particles of potting soil could easily be avoided with minimal attention in the kitchen. Dumping the bag on your plate without examination? Fail.

My entrée was more successful. The black bean burger ($6.95), a meat-free burger fashioned from a lightly spicy mix of pureed black beans, onions and corn, was poised on a hefty sesame-dotted bun and topped with a tasty, crunchy salad of julienned jicama, carrots and bell peppers. Outstanding flavors; a bit dry, but the hostess’ suggested addition of a bit of Avalon’s chipotle ranch sauce brought it right around.