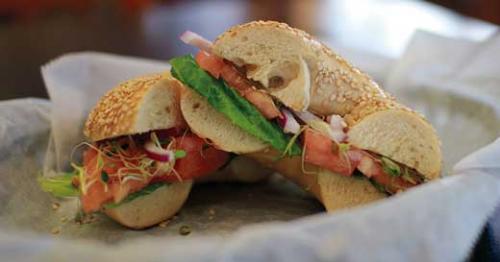 It’s getting harder and harder to be a food snob around this town. Years ago, it was easy to complain about all the good things we couldn’t get to eat here. Real Mexican? Ethnic Chinese? Sushi? Thai? Back in the bad old days, Louisvillians who liked to complain about what they couldn’t have were in a target-rich environment.

Nowadays, thankfully, the sounds of whining have ceased, as our city’s lovably evolving restaurant scene has filled in most of the gaps. Sure, there’s still arguably a dearth of spots to enjoy authentic Greek, real kosher-style deli food or some finely nuanced variations on Tex-Mex. Nor have the raw-food or dining in the dark movements made inroads here, but that’s perhaps just as well.

The long-running jeremiads about Louisville’s lack of New York City-style pizza seem to have abated with the arrival of Papalino’s and Coals Artisan Pizza; and Roots has effectively silenced the quality-vegetarian complaints. Now, by and large, whiners are reduced to niche markets. Why can’t we have a Tibetan vegan momo bar, or a place to get Navajo fry bread?

But we can still complain about bagels! A proper New York City bagel is a bread of beauty, a confection that allegedly can’t be made right without water piped down from the Catskills through ancient pipes laid by the old gang at Tammany Hall.

A real bagel must be yeast-raised, flavored with malt, then gently simmered before baking; a procedure that yields a dense and chewy roll with a rich malty flavor, cloaked in a hefty crust that doesn’t shatter like a baguette but pulls gently against your teeth as you bite. This is a worthy vehicle for cream cheese and maybe a slice of Nova lox.

Only in recent generations have bagels emerged from New York to become popular across the land. But they have seldom made the journey well. Punching a donut hole through the middle of a burger bun does not make it a bagel. Sorry.

But things are changing. The arrival of Baby D’s Bagel & Deli (2009 Highland Ave., 365-3354, babydsdeli.com) was a good start: They ship in frozen stock from a New York factory, and that’s not a bad approach. And now Bruegger’s, a Vermont-based chain returning to the Louisville area after a decade-plus absence, offers fresh bagels, properly simmered in a washing-machine-size vessel, baked on the premises and served warm.

Having tried a couple bagel sandwiches at the deli and a few more at home, I’m prepared to say they’re pretty much the real deal, encased in the proper chewy crust. I thought they were still a little flabby inside — flattening like grocery bread upon squeezing rather than fighting back as a real bagel should — but definitely winning in the flavor department. Maybe they’re not quite up to youthful memories of bagel shops in the Catskills’ Borscht Belt, but what could be? They’re close enough to send me to Bruegger’s bright quarters in St. Matthews when I feel a bagel crave.

Like a lot of other quick-service spots, Bruegger’s adopts the fresh-burrito concept, setting up a service line with rows of small bins containing dozens of ingredients that plastic-gloved attendants will load onto your bagel (or sandwich bread or ciabatta) to suit your whim.

Bruegger’s usually offers a “Choose Two” deal with half of a sandwich plus soup or salad for $5.99; I grabbed a daily special, a “Trio Lunch” featuring a full sandwich, soup or salad, and a drink for $6.99 — such a deal.

The garden veggie on toasted onion bagel comprised a healthy ration of alfalfa sprouts, sliced cukes, green pepper and red onion, plus a wan winter tomato and a squirt of chipotle mayo that definitely kicked it up a notch. My soup choice, butternut squash, was a thick, bright orange purée. Its dominant flavor was sweet.

The “herby turkey” sandwich featured a bit of deli turkey with schmears of herb-garlic cream cheese and sun-dried tomatoes on an everything bagel. We asked for the “skinny bagel,” which turned out to be the top and bottom sliced from a full bagel, the innards apparently recycled for another use.

Three more bagels — a poppyseed, an everything and a plain — traveled home just fine and reconstituted nicely in the toaster oven. I do recommend keeping take-home bagels in a tightly sealed airtight container and eating them soon; this is not a bread that lasts.