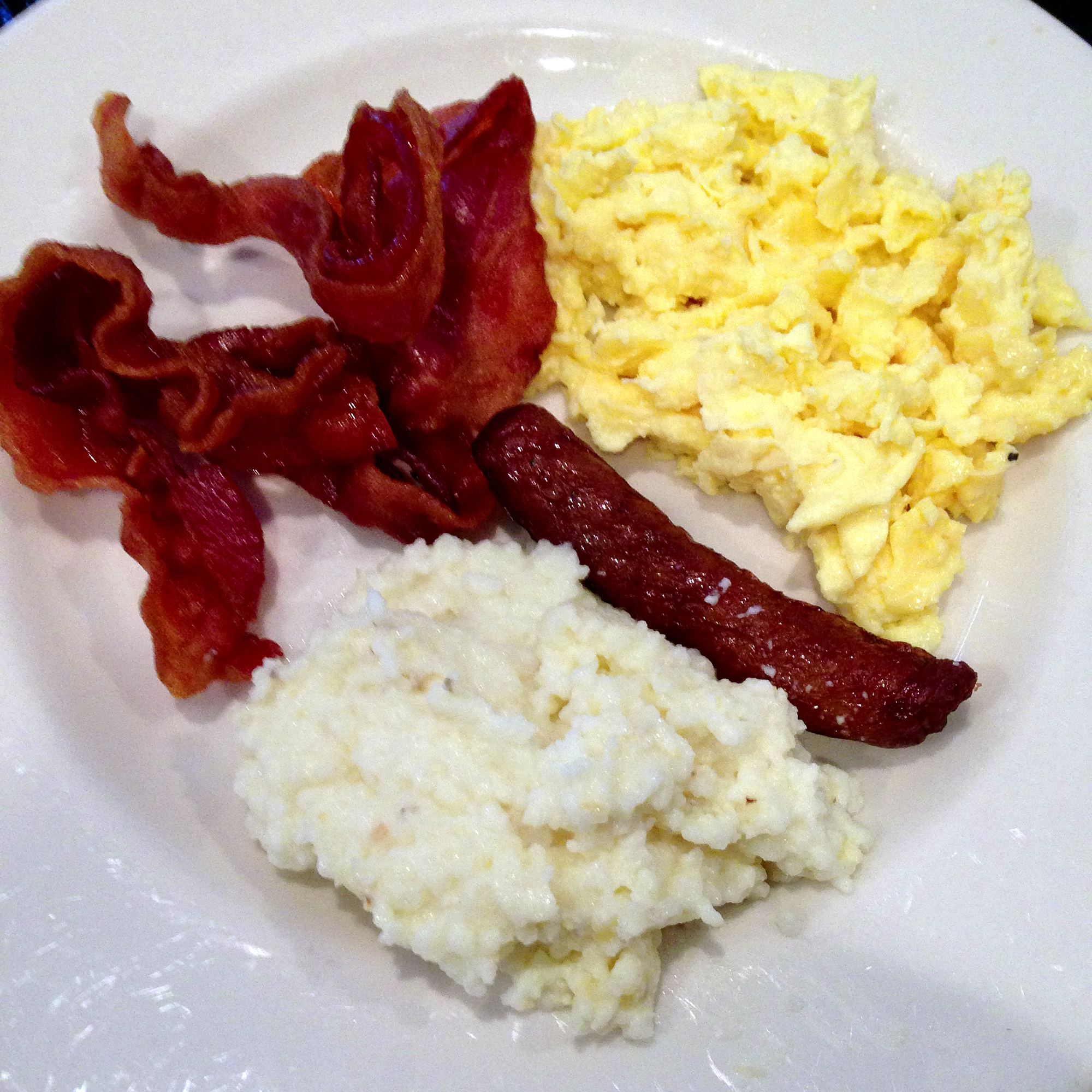 Brunch … again? Well, sure! Why not? Brunch, after all, is perhaps the most civilized of meals, a lavish repast shared with friends or family in the low-pressure environment of a favorite setting.

And when better than on those lazy, hazy days of summer Sunday afternoons. Or, now that I think of it, even summer mornings, now that Louisville has joined our Southern Indiana neighbors in permitting the sale of adult beverages with your Sunday meal beginning as early as 10 a.m.

The original Bristol, the one on Bardstown Road in the Highlands, delighted us as one of the city’s first modern bistros in 1977. Over the ensuing 36 years, much has changed, and this popular eatery has grown into a five-unit local mini-chain.

Its expansive menu and its well-chosen wine list may have evolved a bit, but some things never change, not least such standards as the iconic green chile won tons; the juicy Bristol burger on an English muffin in lieu of bun; and, not least, the Bristol’s brunch.

“Let’s go to brunch” likely means “Let’s go to Bristol brunch” for a generation or more, and we took up this happy invitation on a recent Sunday morning, heading up River Road to enjoy the scene at the Bristol in Prospect, one of the newer locations. It took over an older Max’n’Erma’s space in 2006.

We met our pals Bob and Sharon there and were intrigued to discover that old habits, apparently, still die hard. Brunch is served from 10 a.m.-2 p.m. at most of the Bristol locations (10:30-2 downtown), but we arrived around 12:30 and found lots of open tables. Right on the stroke of 1 o’clock, the old “first drink” hour, a crowd poured in and filled every table. Want your choice of spots close to the buffet area? Show up a little early, grab a bloody mary or your beverage of choice, and enjoy.

It helps to have a strategy for attacking any buffet, and that certainly applies here, where you’ll find at least four points of entry depending on your preference for salad-like stuff, traditional breakfast treats (plus fried chicken), make-your-own waffles and desserts.

So, decide where you’d like to begin, and take care to grab the items that you really want before you fill up on lesser delights. Mary almost missed out on a big chunk of crispy fried chicken that way, and I never did get to the waffle that I had coveted. Finally, remember that you probably can’t eat it all, and you might be happier if you don’t try. Come back another time!

ur favorites included fluffy mashed potatoes, rich grits, crispy bacon and savory sausages, plus hash browns right up there with Waffle H … er, you know who. Want health? Check out the bright, fresh steamed broccoli and asparagus at the end of the table. The aforementioned fried chicken puts the Colonel’s in the shade; smoked salmon is light and fresh, and light, tasty biscuits are small enough to justify taking two. Or three. There’s plenty of goodness on the salad table, too, and butterscotch cheesecake and pecan pie looked like the pick of the dessert table.

At $15 each for brunch, plus beverages, we got away for $36.65. Service is as careful and attentive as you’d expect of the Bristol, so even though it’s serve-yourself, I didn’t skimp on a standard 20 percent tip, and I hope you won’t, either.