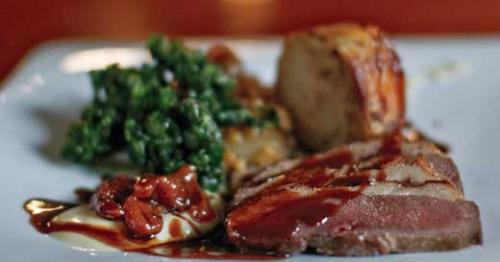 How I wished I could have been up there at the table sampling all those amazing, creative dishes.
So when Chef Edward Lee of Louisville’s 610 Magnolia turned up on “Iron Chef America” last month, taking on Iron Chef Jose Garces in an offal battle featuring “tongue and cheek,” and Lee won, I realized I could get a similar effect right here at home by presenting myself for a dinner of Lee’s inspired cooking. END_OF_DOCUMENT_TOKEN_TO_BE_REPLACED