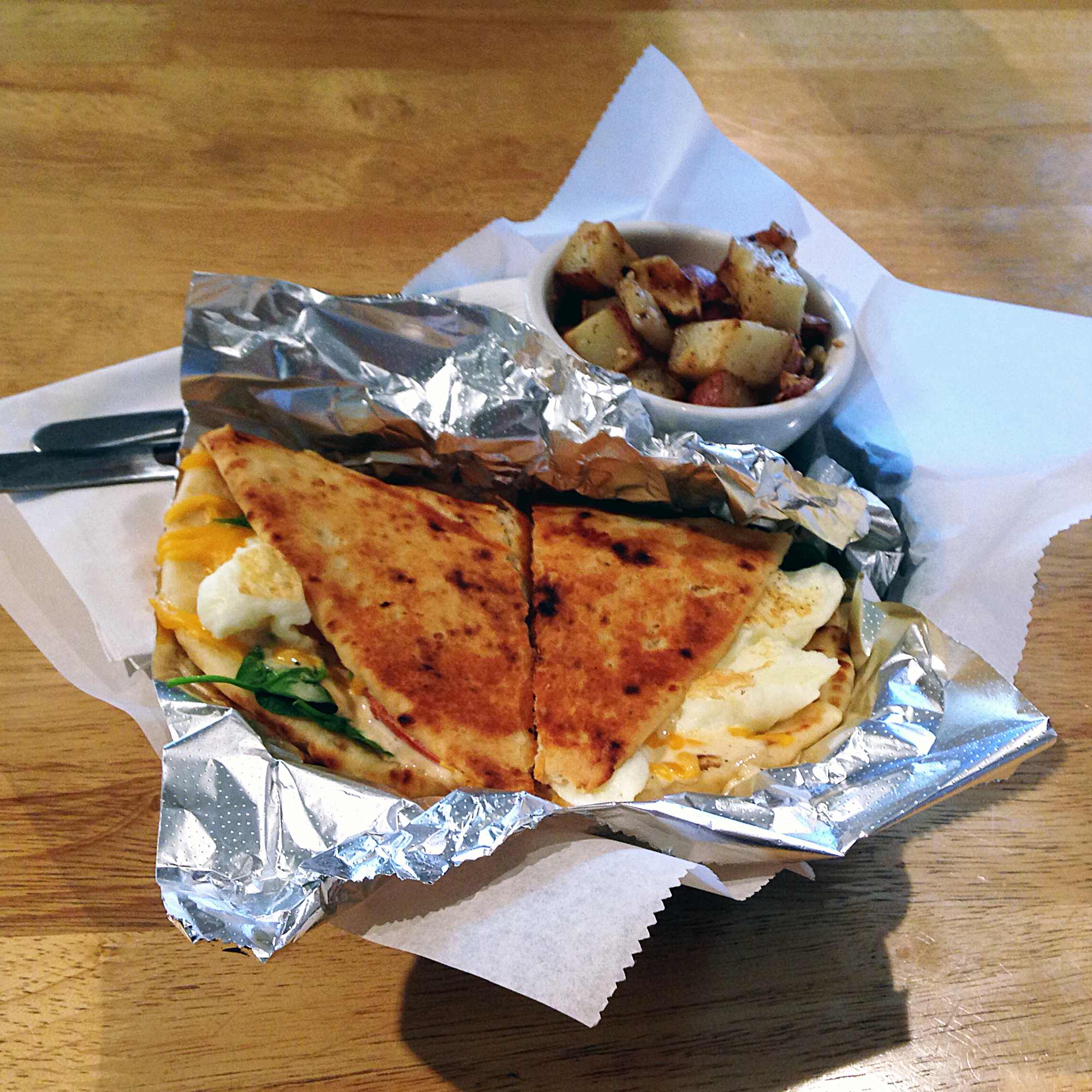 ’Tis the season … no, I’m not talking about that season. ’Tis the season for spectacular over-eating, indulging ourselves a the delicious risk of life and health because, well, that’s what we do at holiday time.

If you’re ready for a break, though, or plan to be later, allow me to suggest a trip to Earth Friends Cafe & Coffee Bar, where virtuous dining can also be delicious.

Now, the menu here offers a lot of vegetarian, vegan, gluten-free and other genres here that may sound abstemious. But Earth Friends offers options for the omnivorous, too. Want meat-free? Go with wheat-based seitan or soy-based tempeh. Or go for the real thing, with quality chicken – yes, real chicken – using locavore free-range birds when available. You’re also welcome to choose between the real Big Bird and Tofurky on any seasonal dish using turkey.

?The big deal here, though isn’t about meat or no meat. It’s that these folks know their way around a kitchen. Quality is consistently high, whether meatful or meat-free. Flavors snap, crackle and pop; ingredient choices are made with skill, and it all comes together just right on your plate.

We stopped in the other day to check out the new breakfast menu, which is available weekday mornings and all day (through midafternoon closing) on Saturdays and Sundays.

The lunch menu features nearly 20 elections neatly sorted as vegetarian, vegan, omnivore and soups and dinner salads, ranging in price from $8.95 (for a veggie wrap or olive-nut sandwich made with vegan cream “cheese”) to $10.95 (for a quesadilla on Indian-style naan bread made with real chicken, or hearty Reuben made with seitan-based corned “beef.”

The EFC breakfast burrito ($10) is billed as vegan. It uses cubes of soy-based seitan as its protein, and I had no problem with that: They were firm and subtly flavored, rolled in a wheat wrap with spicy mushrooms and sundried-tomatoes with spinach leaves and avocado.

EFC recently switched to Quill’s coffee for the coffee and espresso drinks, and reduced prices a bit. I was very happy with an aromatic, creamy soy latte ($3).

The restaurant’s Facebook page reports that they plan to “blow up” the lunch menu with more goodies soon. But we came for breakfast, and found plenty of choices there, priced from $8 to $10 for burritos, salads and sandwiches with one side; or $3 to $8 for a half-dozen “house features” such as vegan biscuits and gravy, vegan gluten-free waffles, muffins and more.

There’s also a short dessert menu featuring cupcakes, cookies, brownies and such, many of them vegan and gluten-free, in the $2 to $3 range. We tried a pair of cupcakes – one strawberry, one lavender-vanill. Both were just fine in the flavor department, but to be honest, I’m fond of gluten and would just as soon have skipped the gluten-free option in favor of, I assume, a little more moisture and texture.

A filling midday breakfast for two, with coffee drinks and dessert, came to $33.92, plus a $7 tip.