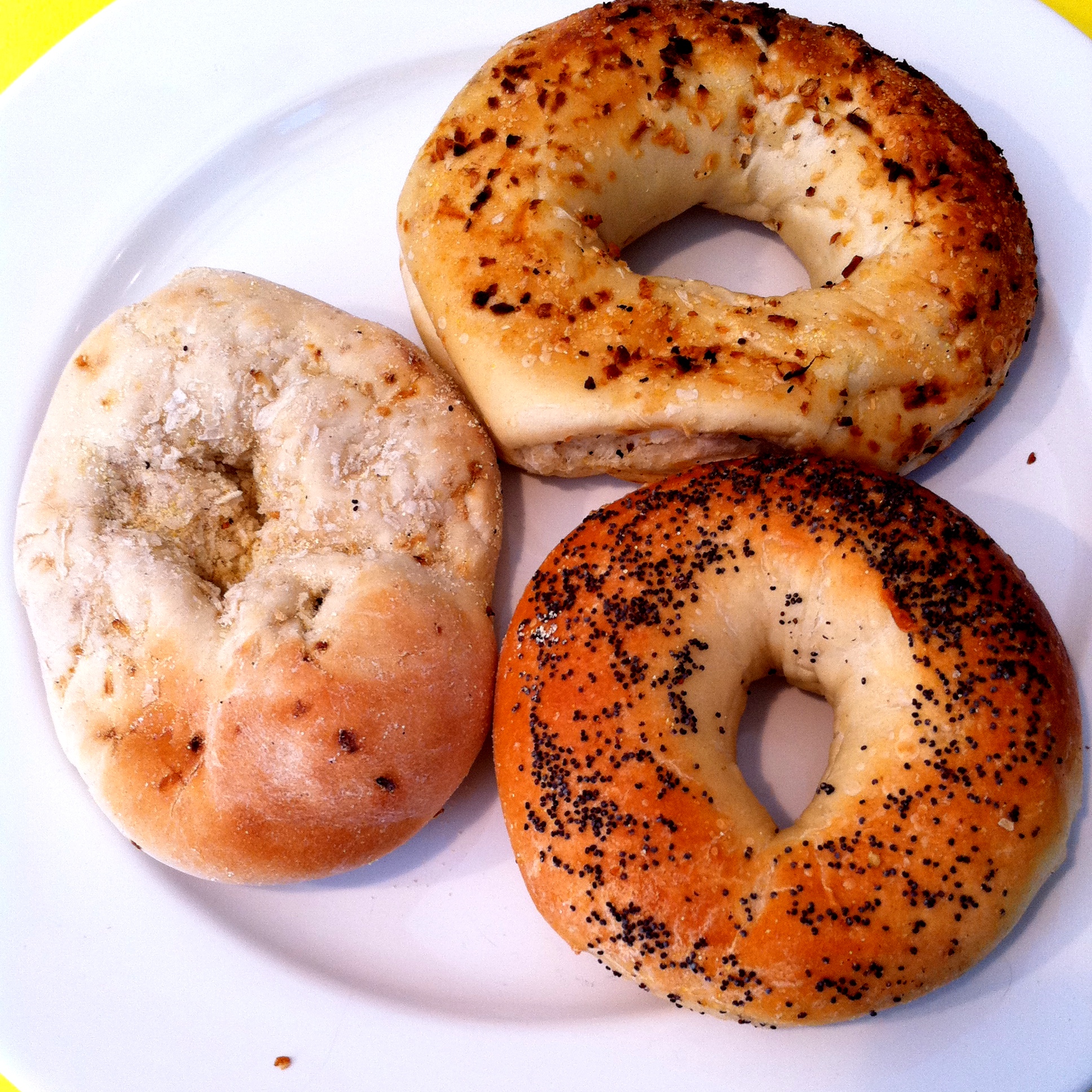 Gather round, young ‘uns, and let me try to explain why we graying Baby Boomers care so much about bagels. You see, there was a time in Louisville when you couldn’t grab one at every coffee shop or buy ‘em by the sack at the grocery store.

No, until the 1970s or thereabouts, a bagel was a rare and unusual thing. You basically had to go to New York City or Chicago to get one. When a bagel bakery opened in Cincinnati some time during Jimmy Carter’s presidency, we would actually drive up there to get a bag full. And when Louisville’s first bagel shop opened in Hikes Point a few years later, the city knew bagel jubilation.

Now they’re everywhere! But as with so many good things that we remember from childhood, bagels are easy to find but don’t seem as good as the ones we remember from way back when. When I was a teen working in New York’s Catskills in another age, a bagel was a thing of beauty: Dense and chewy, with a rich malty flavor and a thick crust that didn’t shatter like a baguette but pulled gently against your teeth. Choose onion or poppy or sesame, add a schmear of cream cheese, and you had a nourishing dairy meal that you could eat out of hand.

That, young people, was a bagel. And I’m here to tell you that the bagels you get nowadays just aren’t the same. They’re just hamburger buns with holes through the middle. Harrumph!

Which brings us to Baby D’s Bagel & Deli. Opened last month in the Highlands, within easy reach of the Baxter Avenue nightspot zone, Baby D’s stays open late to offer sustenance to revelers who emerge from the clubs feeling peckish. You can wander in for breakfast, too, or lunch. And best of all, they boast genuine, authentic New York City bagels!

Okay, let’s parse that: Baby D’s sells bagels shipped in from A&S, a modern bagel factory descended from a famous old-line bagel joint. Now it turns out bagels in industrial lots and ships them to bagel shops around the nation, to be warmed, sliced and loaded with goodies for your culinary amusement.

Are they the same as I remember from the Borscht Belt or The City (you know which one I mean), back when LBJ was in the White House? Well, no. I doubt anything ever tastes as good as the magnified memory of a childhood pleasure. But they’re good enough that we followed up on lunch by buying a half-dozen more to bring home for breakfast. (Hint: Bagels don’t keep well, so store them in an airtight tin and enjoy them soon, or freeze them if you must.)

Baby D’s bagel menu, I’m told, is being redone, but its outlines should remain the same: Some four dozen bagel combinations, including breakfast bagels with egg; bagels with veggies, bagels with cheese, bagels with all manner of meat. This is no kosher deli: Ham or bacon bagels are available if you want them, and so are meat-and-dairy combos. Sandwiches range in price from $4.85 to $7.25. Plain bagels bear all the standard toppings (poppy, sesame, onion) and some non-standard ones (jalapeño, chocolate chip). You can get one with cream cheese ($2.75), butter ($1.95) or other spreads from hummus to lemon-caper mustard.

Go early or go late, but give it a try. It may not be the mystical bagel of my youth, but it’s as good a bagel as you’re going to get around Louisville.