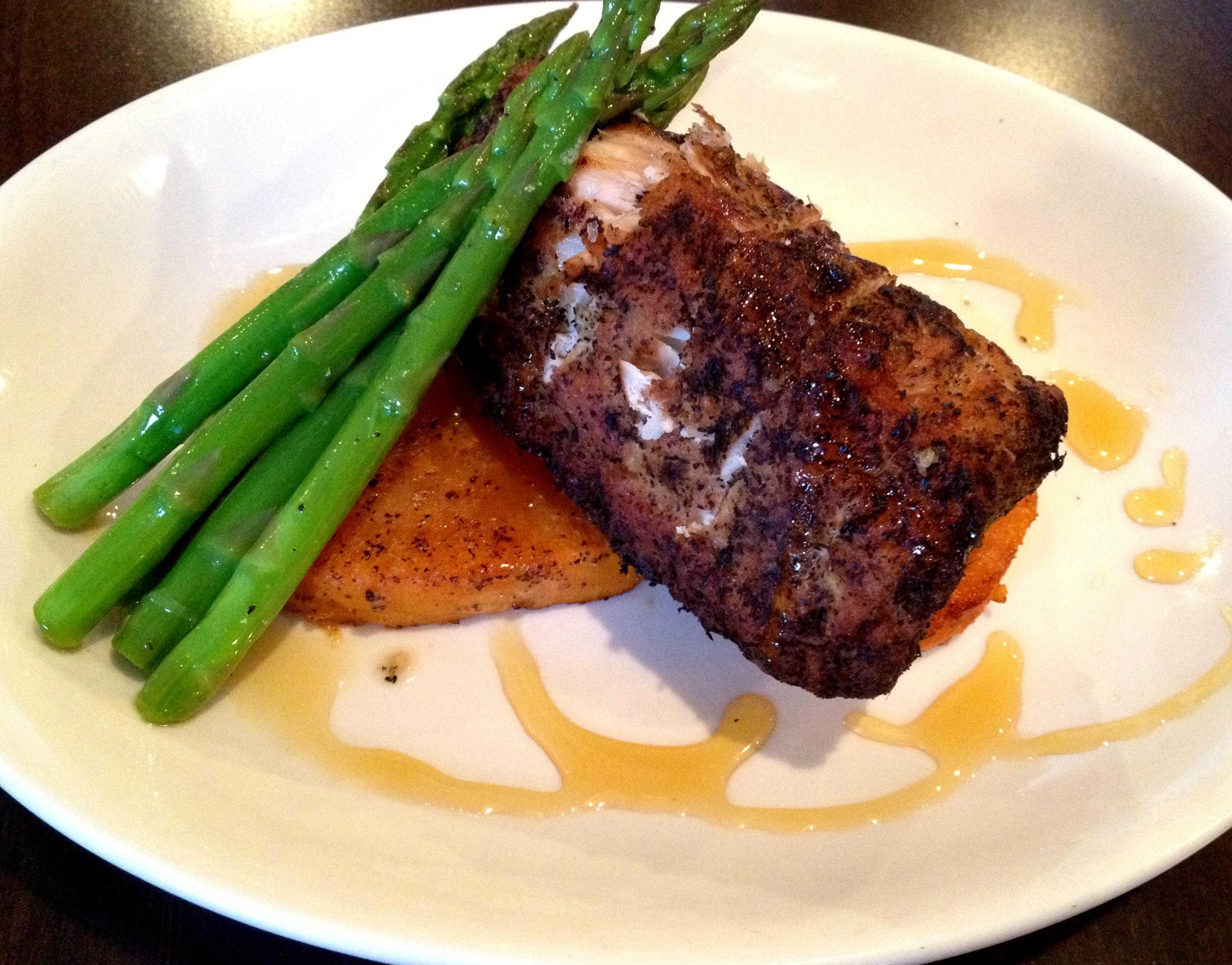 I mean it, now. This bright, classy spot at the corner of Frankfort and Clifton may have started out a decade or so back as a coffee shop – and a very, very good one – but it has gone far beyond that status, spreading out into a much larger footprint that incorporates an upscale-casual dining room with cozy bar and space for flamenco concerts and live guitar.

Caffe Classico’s tongue-in-cheek neon window sign lights up when the eatery is open. Indeed, it announces this good news in English, Spanish and Arabic. This inclusive approach hints at the eclectic fill of fare: The extensive dinner menu, which spans the Mediterranean and the coasts of South America and California, offers about 40 choices, including about a dozen appetizers, soups and salads, another dozen sandwiches and panini; 10 impressive entrees and a quartet of thin-crust pizzas that rank, in my book, among the most authentic Euro-style pies in town.

You can put together an array of small plates from the appetizer and salads menu for $8.50 to $12.95 each; pizzas are $12 to $15 for plate-size pies that two can share. Sandwiches and panini are all $8.95, and most dinner entrees come in from $14 to $17, although you can blow your budget, if you wish, on the grilled 6-ounce filet mignon for $29. Many of the entrees and dinner salads are available in half-portions for half the listed price plus a modest upcharge.

We went in with a group of eight the other night, and everyone had a great time. We opened with a couple of orders of pommes frites ($6.95) to share, served Belgian-style in tall paper cones with dipping sauces of ketchup, garlicky aioli and an addictive chipotle mayo, and well-crafted croquetas de salmon ($8, also known as salmon croquettes), fancied up with a pan-sear treatment and spicy wasabi aioli. A hefty Argentine-style app that can make a meal is Huevos Fritos al Caballo ($7.95), a ration of those tasty frites dressed in a sweet-tart tomato vinaigrette and topped with a pair of fried eggs.

I followed with a healthy Tortoni Buenos Aires salad ($8.95, $5 for a half portion), a pretty composition of tomatoes, quartered hard-boiled egg, a strip or two of mozzarella and sliced avocado, cucumber and carrot slices on mesclun lettuces in a light vinaigrette.

I’m in love with the saffron Asiago risotto cakes ($15, $8.75 for a half portion), savory rounds of risotto flavored with saffron and Italian Asiago cheese, pan-seared crusty, then plated on delicious lima bean succotash and garnished with garlicky wilted spinach and grated asiago cheese.

Desserts include luscious chocolate or vanilla creme brulee ($5.95), cookies by Najla, brownies by Divinity and gelato from Gilberto.

With a glass of Malbec and an Alsatian beer from the well-chosen beverage lists, our share of the dinner for two came to an affordable $54.01, plus a $12 tip.