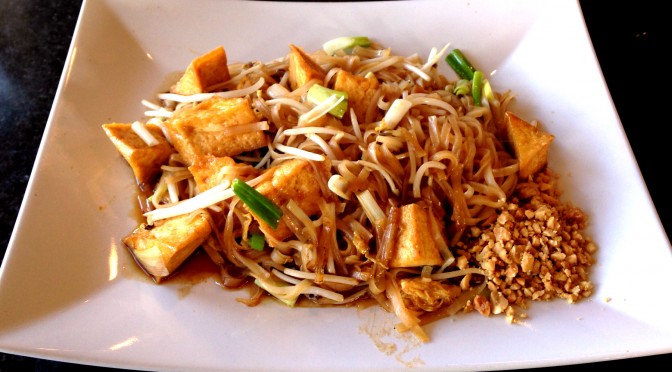 Life as a hunter-gatherer was hard, no question about that. As the philosopher Thomas Hobbes famously put it, this life was “solitary, poor, nasty, brutish and short.”

But at least paleolithic humans didn’t have to make many decisions at supper time. Knock over an animal, whack off a chunk and chow down. Cooking it was optional, once people learned to tame fire. It was only when humans settled down in agricultural societies about 10,000 years ago that culinary life got complicated.

You don’t need technology to pick a low-hanging apple from a tree and eat it. You don’t even have to peel the thing. But once we started growing grains like wheat and barley in organized farm rows, we had to figure out what to do with them. Nibbling a row of raw grains from a stalk of wheat simply doesn’t satisfy.

No, it took creative thinking to come up with the idea of grinding wheat grains into flour, mixing them with water, pounding the dough flat and cooking it over fire or hot rocks to make flatbread. When humans finally discovered the art of fermentation, opening the way to both fluffy loaves and adult beverages, we must have thought we’d come about as far as we could go.

Before long (in archaeological terms) bread and beer had spread across the Western world, from the fertile crescent into Europe, Africa and even Northern India.

In Asia, however early humans, with plenty of rice on hand, went down an entirely different path with wheat: mill flour, mix it with water, pat it flat, and then … cut it into long, narrow strips. Behold, pasta was born!

Sure, Marco Polo (or, more likely, some nameless earlier trader) brought the noble noodle back to Italy, which made pasta famous in the West. But the noodle’s native home is East Asia, and you’ll find these tasty treats in every Asian cuisine.

To celebrate the hegemony of the Asian noodle, we made our way out to Thai Noodle on Preston Highway. A friendly family from Bangkok opened this smallish spot last year in the former home of Thai Smile V, a free-standing building that looks as if it might have originally housed a corporate pizza joint.

Despite the noodly name of the place, it offers a full range of about 50 Thai dishes plus appetizers and lunch specials. Most entrees range in price from $10 to $15 or so, with a few fancy duck dishes reaching up to $19. Noodle dishes, curries and stir-fries allow a mix-and-match option in which you choose your meat, poultry, seafood or tofu, then pick the style you prefer, and finally sing out the amount of heat you like, from 1 (“low) up to 5 (“Thai hot”).

After all that talk about noodles, we had to go to the “Noodles Dinner” page, poring over its 14 options to choose Pad Thai ($9.95) and spicy beef-noodle soup ($10.95). Both were excellent, the Pad Thai properly made with aromatic spice and an intriguing textural mix of soft rice noodles and crisp bean sprouts. The soup, an oversize bowl, was “beefy” and medium-hot as ordered, with tender rice noodles and thin-sliced beef in an intense broth.

Starters of golden-brown, crisp spring rolls ($3) and rice-paper-wrapped fresh rolls ($5.95) were also well-made and appetizing. Our filling dinner came to $31.64, plus a $7 tip.