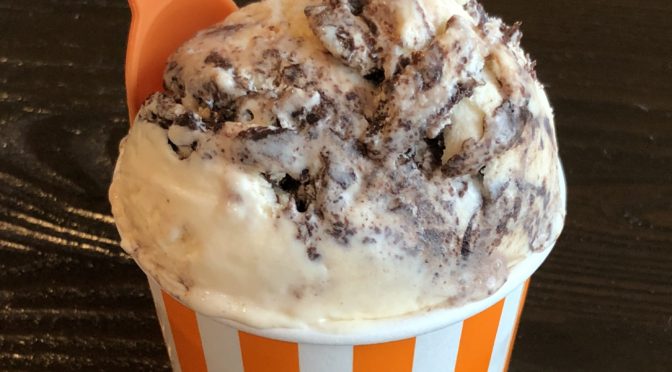 Nothing goes much better to rid your palate of the sad and mournful taste of raw kale than a scoop of delicious, creamy ice cream, and the serious shot of bourbon in Ehrler’s bourbon pecan fudge ($3.60 for a kiddie cup big enough for two kiddies) did the trick for me.

Ehrler’s, an old Louisville dairy that had operated many ice cream shops around town until the last one closed early in the century, has returned, under new ownership but with the same logos, orange-and-green design, and, most important, the recipes. It reopened last spring in a new building at the corner of Brook and Main streets.

The ice creams we tried were excellent, creamy and rich as homemade, although someone had unfortunately gotten green mint flavor into the butter pecan, a weird combination. Wash the scoop between uses next time, folks!