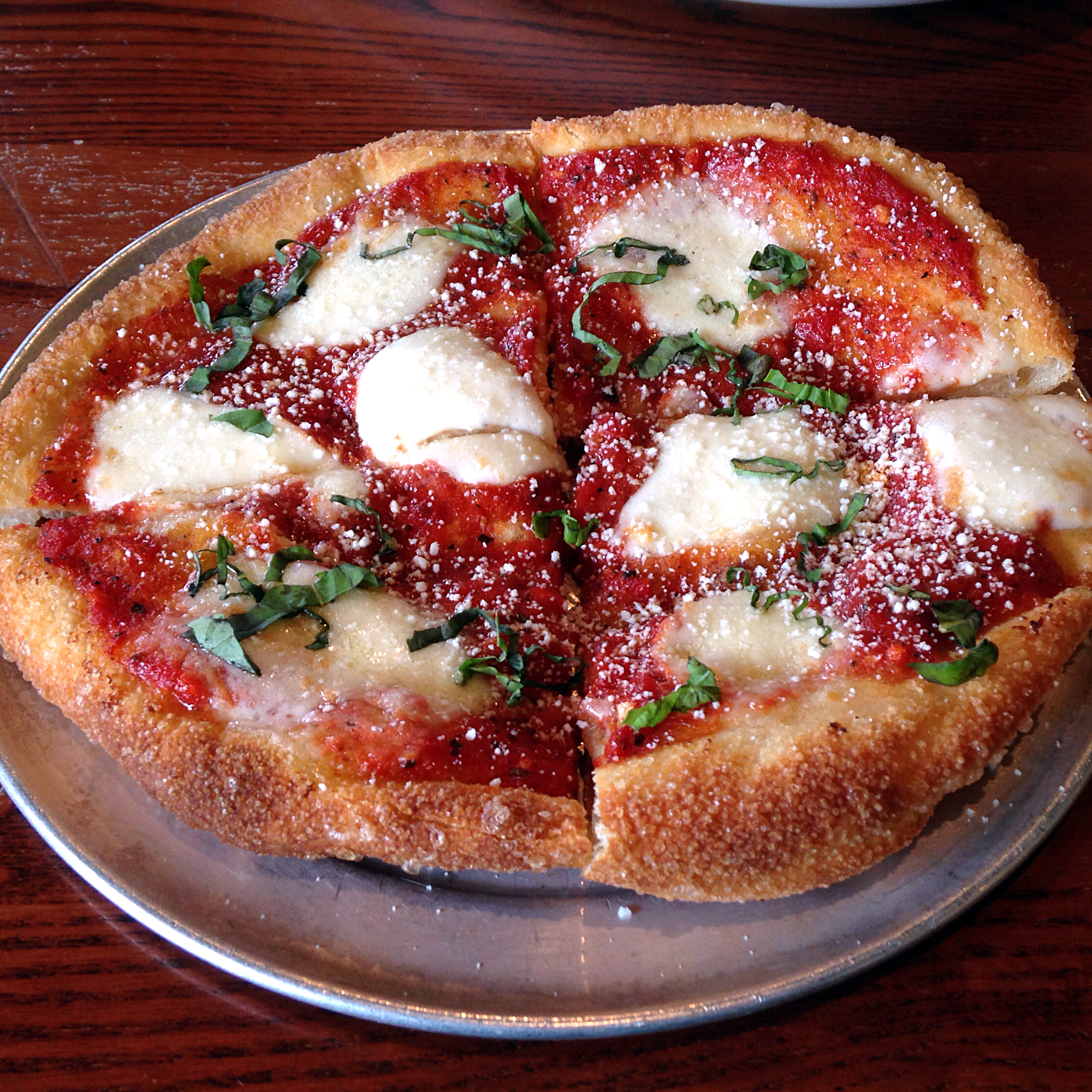 When I was a kid, I looked forward to road trips as an occasion for fried pie, a rare culinary treat that seemed to exist only in those exotic places where people lived among cornfields and tobacco patches and spoke in a slow drawl.

Fried pie! We never had anything like that at home. It was a pie-crust turnover, loaded with fruit filling – apple was as popular as Mom or the Flag – folded over, sealed into a fat half-moon and deep-fried until it sizzled. Hot and crisp, juicy and sweet, it was just the right size for eating out of hand. Yum!

A single fried pie probably packed 1,000 calories, but at that age I didn’t mind. Now I do, and I haven’t indulged for years, maybe decades. The other day, though, I ran across an even more tempting take on fried pie that I just couldn’t resist.

It’s a fried pizza pie from Louisville’s Boombozz, or the branch on Frankfort Avenue at Cannons Lane, at least. The fried pizza rolled out a year ago at the local mini-chain’s Pizza & Taphouses, billed as a Neapolitan-style “Montanara” pizza that Tony Palombino, the restaurant’s founder, spotted in Italy.

I didn’t see it on the menu during a recent visit to the Westport Village Taphouse, so when I spotted in another lunch stop on Frankfort Avenue later on, I struck while the pizza was hot, so to speak, and happily devoured the crunchy, crusty goodness of an 8-inch individual pie in about three minutes of happy eating.

Don’t worry, they don’t bread-and-fry a whole pizza with the toppings. Rather, a thin crust hits hot frying oil and wham! It pops into a puffy flatbread round cloaked in a crisp, crackly fried crust that came as close to grease-free as fried can be.

This sizzling round gets a quick margherita-style topping of sweet-tangy tomato sauce, rounds of creamy mozzarella, and fresh basil, then hits the hot pizza oven for a second round of heat just long enough to bubble the sauce and melt the mozz’. Pizza heaven it is!

I love pizza, and I enjoy just about all the different styles of this Italian-American treat we enjoy around our city, from the loaded-high pies that have become a Louisville tradition to those charred over coal or firewood. I have to say, though, that Boombozz has been a strong contender for local pizza honors since its arrival here in 1998. Always reliable and often imaginative (and award-winning), it’s been one of my go-to pizza shops for 15 years.

I’ve treated myself to a Boombozz lunch a couple of times recently and haven’t been disappointed. With my friend Anne at Westport, we put away a Quattro pizza ($7.99 for a small lunch special with a salad), an Italian tradition topped with Italian sausage, prosciutto, artichokes and mushrooms to represent the four seasons; and a veggie panini loaded with mushrooms, spinach, tomatoes and cheese ($6.99 with a simple, well-made Caesar on the lunch deal).

With Mary at Frankfort Avenue, we shared the fried pizza and indulged in a cross-cultural steak-and-cheese panini on flatbread ($8.19), a Philly cheese steak with an Italian accent.

With soft drinks or iced tea, both lunches were affordable at about $20 plus tip.

Boombozz has another Louisville Taphouse at 1448 Bardstown Road (458-8889) and in Indianapolis and Gilbert, Arizona. Another is coming soon to Jeffersonville, Ind.