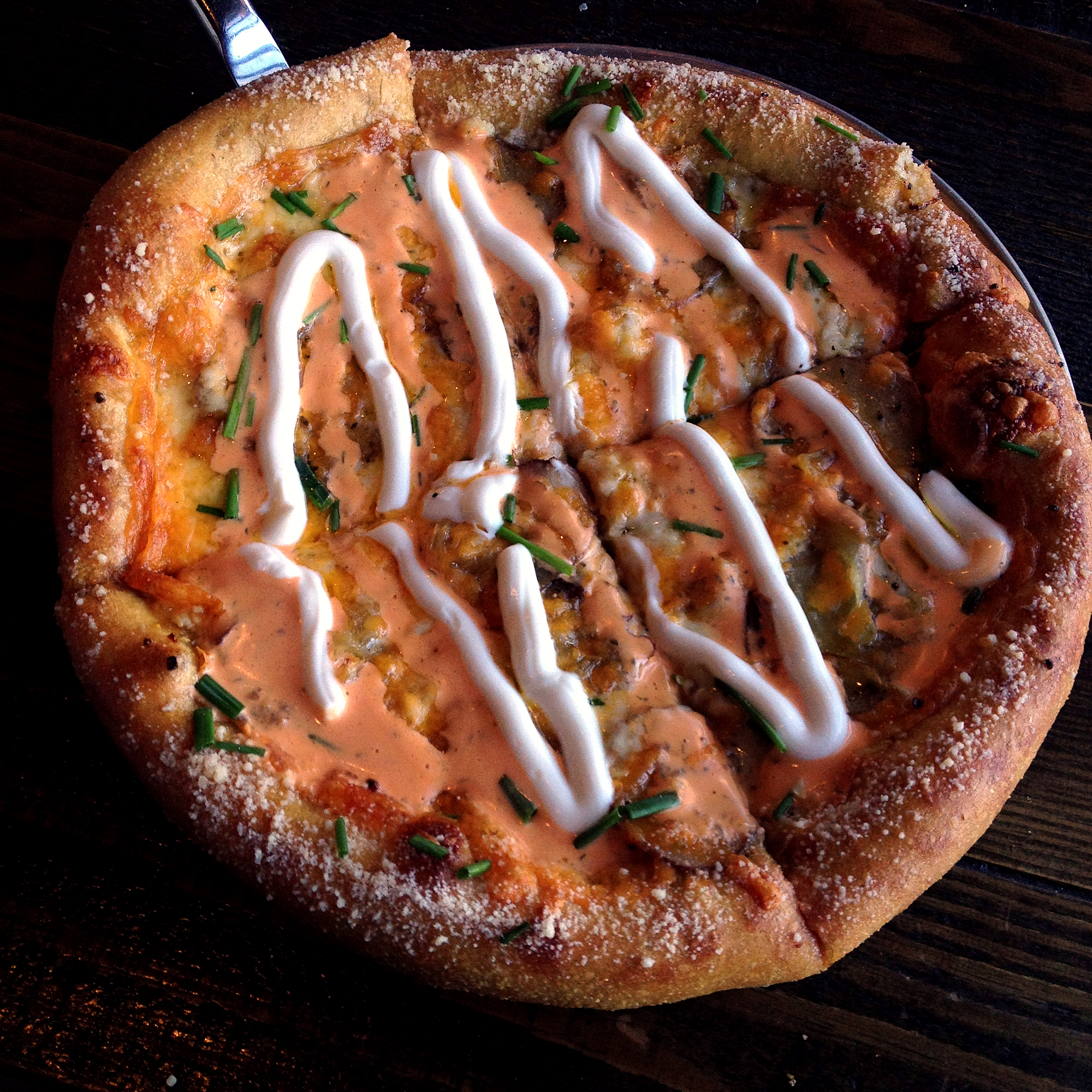 “Downtown” St. Matthews has come a long way, from the generation when it was best known for dark bars populated by portly gentlemen drinking cold beer, to the modern era that finds it chockablock with hipster bars populated by trendy young folks wearing skinny jeans and drinking specialty cocktails. I won’t even open the door to a discussion about whether this trend is beneficial or regrettable, although I’ll suggest that this opinion lies largely in the eye of the beholder.

But one aspect, in my opinion, is all to the good: The state of pizza in this prewar suburb has never been better. I can count at least a half-dozen full-time pizzerias – most of them locally owned, artisanal independents – within crawling distance of the St. Matthews club zone’s epicenter, and maybe a half-dozen more eateries that feature quality pie prominently on the menu. If the crowds that jam the burgeoning nightlife strip have a hankering for salty, cheesy, delicious pizza to lay down a base for adult beverages, they’ll find plenty here to keep them happy.

It takes real bocconcini for a franchised pizza chain to come in and take the locals on head-to-head, but I have to say it: Mellow Mushroom puts up a pretty good fight. And the crowds that keep its spacious quarters filled up suggest that the ‘shroom’s siren song is working.

We dropped in around midday on a Sunday and had our choice of tables. An hour later, the place was crammed. I’m sure it was only a coincidence that alcohol sales begin at 1 p.m. on Sundays.

The bill of fare offers a wide selection of pizzas (which the Atlanta-based chain obscurely calls “Southern” pizzas), calzones, hoagie sandwiches and bar-food munchies to go along with an extensive selection of beers, wines and liquor from the well-stocked bar. Pizzas come in three sizes and range in price from around $12 to the middle $20s.

Several in our party tried bowls of “Magic mushroom” soup ($4.75), which didn’t seem to have hallucinogenic effects but were stick-to-your-ribs in style. It’s basically a pureed mushroom-cheese soup, heavily thickened with sweet Montamore cheese, a product that sounds Italian but hails from Wisconsin.

An appetizer portion of spinach-artichoke dip ($6.99) was plenty for four: A thick dip of pureed spinach and artichoke hearts baked with mozzarella and Parmesan cheeses, served with toasted slices of baguette flavored with garlic and oil.

I decided to walk on the pizza wild side, forgoing more traditional toppings for a small (10-inch) red skin potato pie ($12.99), which placed paper-thin slices of red potato on a thin, puffy-edge crust slathered with garlic and olive oil and caramelized onions, cheddar and mozzarella, topped with a spicy ranch dressing and a decorative swish of sour cream and scatter of chives.

Our friends David and Catherine split an avocado hoagie ($5.99 half, $8.99 whole) and gave it two thumbs up, and David made short work of an oversized dessert, the half-baked brownie supreme ($5.50).

Our share of a hearty lunch for two came to $36.68, plus a $7.50 tip for courteous, friendly and very efficient service.