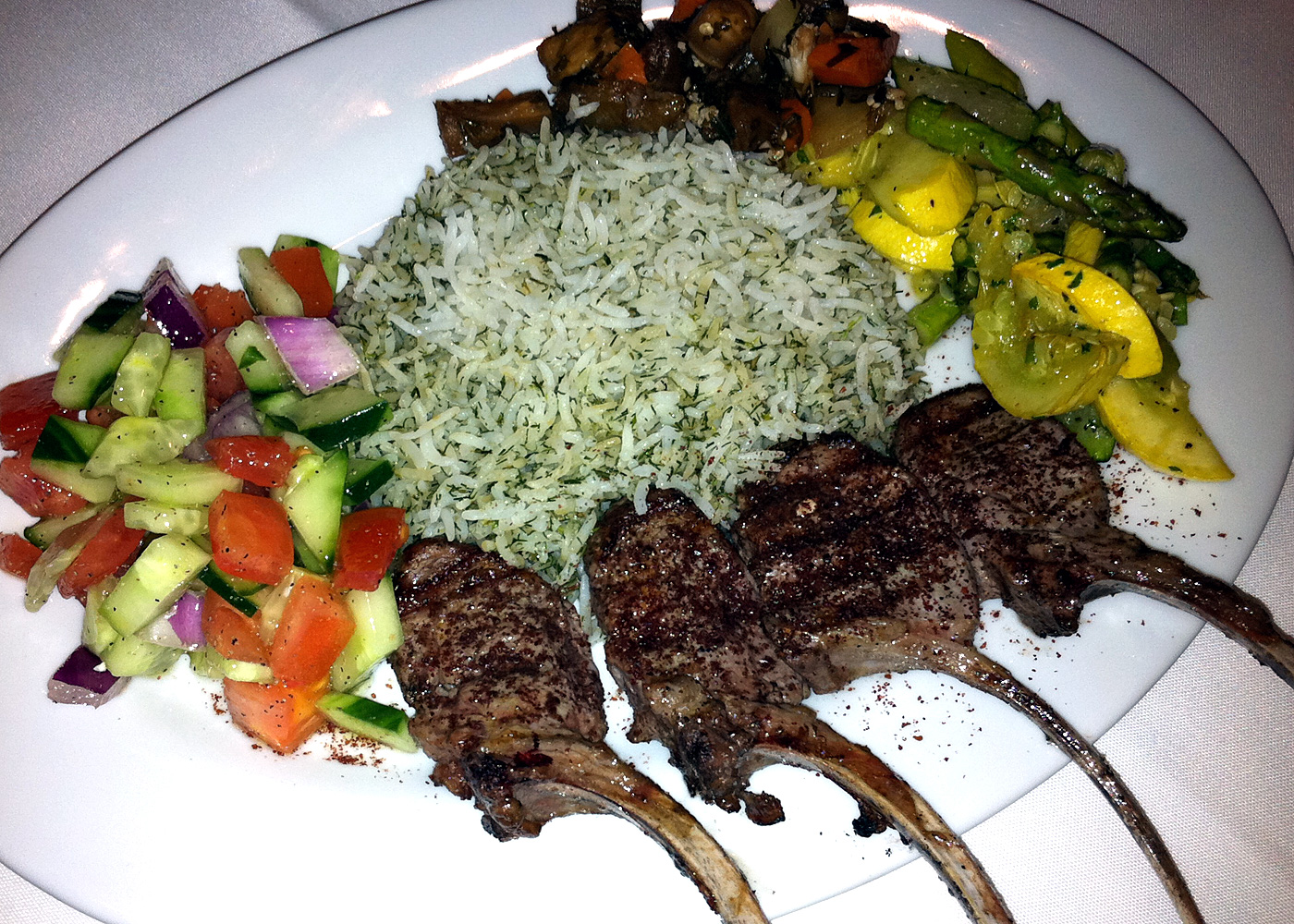 Nearly three millennia past, before the glory that was Greece or the grandeur that was Rome, the emperor Cyrus the Great presided over the Persian Empire, extending from Eastern Europe through Southwestern Asia to northern India in the greatest empire that the world to that time had known.

Fast forward 2,700 years to modern Louisville and say hello to Majid’s, now open in St. Matthews with a new restaurant that shows considerable promise in its blend of the flavors of modern America and all the nations that made up Cyrus’s empire.

It is the namesake restaurant of Majid Ghavami, a leading figure in the Louisville dining hierarchy, who came to Louisville from Iran as a young man and worked his way up through front-of-the-house posts at Casa Grisanti and Vincenzo’s before he opened his own restaurant, Saffron’s, and took over as general manager of the highly regarded Volare.

Now that Majid’s is open in Chenoweth Square, Ghavami will preside as amiable host while retaining his management role at Volare; he has sold Saffron’s to a friend, who will continue its Persian delights downtown.)

Majid’s opened quietly last month, with a menu of small plates on the bar side only. The full restaurant, nicely redecorated in subtle lavender, silver and black, opened for lunch and dinner this month. It’s a bit early for a full review, but we couldn’t resist dropping in for an early lunch last week.

The lunch menu incorporates samples of both Majid’s American-style dishes and tastes of the Persian Empire. Seven listed “starters” are all $5 or $6, and include familiar appetizers like shrimp cocktail ($5) and an iceberg lettuce wedge with creamy blue cheese dressing and a zesty garnish of dried cranberries ($6), as well as more exotic flavors such as the Persian roasted eggplant dish kashke bemedjon ($6), served with pita bread.

About a dozen lunch main courses are $8 (for a Hot Brown or that Louisville standard, the fried North Atlantic cod sandwich, rendered extra-crisp with panko breading, served with fries and slaw and kicked up with a dab of spicy remoulade) to $15 (for half of a rack of lamb). Greece is represented by a vegetarian pastitsio ($9), a meatless rendition of the Grecian answer to lasagna. Vegetarians will also sing the praises of the veggie kabob ($9), a selection of goodies skewer-roasted and served with dill rice, cool relish and mint yogurt, Persian-style. For carnivores there’s a grilled Black Angus New York strip steak ($12); and pescavores may flock to the grilled fillet of salmon ($10), also served with Persian rice and condiments.

We enjoyed bowls of smooth, silken clam chowder ($5) and a hearty Persian soup, ash-e reshteh ($5), made with linguine-like noodles in a warming herb-veggie broth scented with leeks, cilantro, parsley, mint and spinach and filled with garbanzos, kidney beans and lentils with a dab of yogurt.

Majid’s version of shrimp and grits ($10) is a good one, creamy, textured smoked-cheddar grits topped with two or three extra-jumbo shrimp and a spicy etoufée sauce. The aforementioned rack of lamb ($15), similar to a favorite dish from Saffron’s, offers four perfect thin chops scented with sumac, with a mound of perfect Iranian dill rice and garnishes of cucumber-tomato relish, grilled squash and asparagus and pickled carrots.

We passed on baklava and seductive cheesecakes and left, full and happy. With hot tea chosen from a wooden tea chest, a hearty lunch for two came to $39, plus a $9 tip. Food, mood and service were all right on the mark: Majid’s is a keeper.