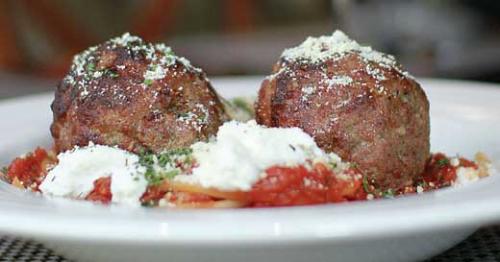 In the spring of 1958, when Thomas Merton had his epiphany at what was then the corner of Fourth and Walnut in downtown Louisville, Fourth Street was a happening place. Crowds of businessmen in suits and fedoras and moms shopping in their best dresses scurried around the Starks Building and landmark Louisville department stores Stewart’s and Kaufman-Straus.

In a reminiscence so famous that it is recorded there on a historical marker, Merton wrote that he “suddenly realized that I loved all the people and that none of them were, or, could be totally alien to me.”

I often wonder, though, how the good monk might have reacted if he had come upon Fourth Street a decade or two later, after suburbanization had pushed the department stores out to the new malls. “I saw vacant storefronts in the shadow of Fourth Street Live and felt so bad that I decided to give up the monastic life and become an Amway partner”? Hey, it could have happened.

Moreover, while the north end of downtown is arguably bouncing back, the stretch of Fourth from Muhammad Ali south to Broadway has seemed sternly resistant to re-gentrification, despite such failed efforts as the River City Mall and the arrival of more enduring landmarks such as the restored Brown Hotel.

Even LEO Weekly’s eccentric presence for several years in the 600 block didn’t do much to lift the neighborhood. The doors had to be kept locked even during business hours, Managing Editor Sara Havens recalls: “We did have to buzz people in because anyone could just come in off the street and do and say whatever. We never knew who we were going to piss off that week.”

Recently, however, the 600 block has started looking up, in large part thanks to the arrival of enough restaurants to turn the neighborhood into another Restaurant Row. Bluegrass Brewing Co., Sapporo, Safier, a Sicilian pizza joint and Cunningham’s join the Brown’s English Grill and J. Graham’s Café to make this block a dining destination.

And now there’s Theater Square Marketplace. Opened in 2009 in the lavishly restored hall that housed the Kentucky Theater back in Merton’s time, the Marketplace initially earned my “meh” rating and no review.

But that was before Chef Dallas McGarity arrived last winter. McGarity, who earned trips to New York’s James Beard House during his tenure at Volare and, later, Z’s Fusion, has transformed the Marketplace. Eager to check it out, we rounded up our friends David and Catherine, settled into its comfy wicker chairs with pillowed seats, and picked up our menus.

About a dozen appetizers, pizza-like flatbreads and salads range in price from $7 (for a house salad or truffled fries) to $11 (for the “Three Little Piggies” flatbread topped with bacon, Italian sausage and roast pork confit). Another dozen main courses start at $14, for a burger, with most entrées in the $20s and rising to $34.50 for the roast veal chop. (Lunch offers a more affordable intro, with sandwiches mostly under $10, and a couple of main dishes at $13.)

The bar list offers a decent choice of wines, beers (some local) and cocktails at fair prices. We summoned a bottle of Alexander Valley 2009 Duckhorn “Decoy” Pinot Noir ($40) and started to make inroads on the menu.

A fondue appetizer escapes the ’60s when it’s made with baked Indiana Capriole Farmstead goat cheese ($9), topped with a tangy herbal marinara and served with toasted baguette crostini.

A quartet of “Devilish” eggs ($6) gained personality from the bright colors and flavors of pickled ginger, pesto and spicy tomato jam on the plate.

Forks flew as we shared entrées, and there wasn’t a clunker in the carload.

The fish of the day (market price) was a slab of wild-caught Alaska sockeye salmon, presented sushi-rare as Catherine requested, on a bed of angel-hair pasta and topped with a light sauce of mushrooms and veggies.

Mary’s choice, Duck ($23.50), featured a roasted duck breast, rich and dark, and a leg confit, which resembled “chipped duck” more than European-style confit but was tasty nevertheless, served on a bed of sliced new potatoes and collards, plated with a decorative circle of orange zest, sun-dried cherries and balsamic reduction.

I was blown away by the black bean cakes ($17.50), which looked a great deal like David’s lamb meatballs and seemed as meaty, even though no animals were harmed in their production. Two tennis ball-size spheres of spiced mashed black beans were cloaked in a crunchy fried exterior. They were plated on collards and thin-sliced new potatoes and crowned with colorful, flavorful dollops of creamy white tzatziki sauce and spicy tomato jam. Incredulous, I took one home and enjoyed it just as much for lunch the next day.

Desserts are imported from Ghyslain on Market, not made in-house. The disk of caramel and chocolate topping on a turtle cheesecake ($7) was resistant to efforts to cut it; the round of decent, tart-sweet cheesecake beneath took heavy collateral damage in the process.

Our share of dinner for four, including the bottle of wine, was $102.94, plus a $22 tip for competent, unobtrusive service.