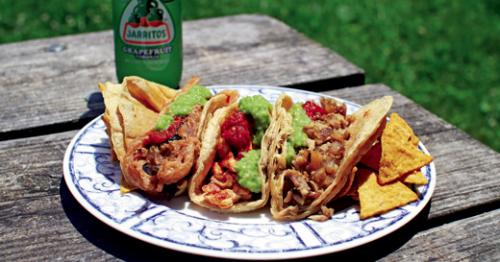 My friend Anne and I wanted to catch a quick lunch close to the office the other day, so we wheeled down the way just a mile or two and cut into a gritty little strip center with a Mexican grocery and taqueria on one end and an Iranian grocery and shawarma shop on the other.

Downtown? Nope! This little center of international good eats sits on the south side of suburban Westport Road about halfway between Westport Village and Springhurst, but its culinary offerings differ mightily from the modern delights of the more traditional suburban centers.

Still, the idea of a multi-ethnic food strip on Westport Road makes a lot of people go “Whaaa?” Whether you’re old enough to remember when this stretch between Lyndon and Prospect was all farms dotted by an occasional road-crossing settlement, or just old enough to remember when it was one of the Metro’s benchmark examples of Baby Boom-fueled suburban sprawl, chances are you don’t think of these neighborhoods in terms of ethnic or economic diversity.

But that was then, and this is now. In what some might call a karmic evolution, these ’60s neighborhoods at least partially built by white flight have come to look a lot more like the city at large. It’s an increasingly diverse area, and I particularly appreciate a mix of international treats on my plate as a result.

Anne and I couldn’t make up our minds between La Rosita, the Mexican spot (which, by the way, is no kin to New Albany’s popular but now closed Mexican restaurant), and Anar Foodmart, the Middle Eastern place, which is run by Iranians but offers a broader regional selection.

As it turns out, only La Rosita offers dining-in, with tightly spaced tables that could probably accommodate 25 or 30 people in a mob scene. So we settled in there for a hearty Mexican lunch of tacos and a burrito, then finished up with a shawarma, some baklava and a couple bags of pistachios at Anar, which is take-out only.

Both places appear to be groceries first, with food service squeezed in, and both are crammed floor to ceiling with tight, narrow aisles chockablock with Mexican and Iranian/Arabic goods, respectively — the kind of fascinating stuff foodies can linger over for a long time. Anne: “I’m gettin’ this linden tea!” Me: “Look! What in the heck is Zarzaparrilla?”

Both places offer delicious, cheap goodies, and both have warm and friendly service, where English isn’t anybody’s first language but hospitality is, and a little patience goes a long way.

The menu at La Rosita, for example, hangs over the counter. It’s large and simple and easy to use, and best of all, it’s bilingual. First, decide if you want a taco ($1.99), a torta, the Mexican sandwich ($5.99) or a burrito ($5.99). Then pick any of the dozen fillings to stuff your lunch.

All the dishes were pleasantly seasoned, none overly hot and spicy, which was just fine for Anne. For those like me who want a little more heat, excellent homemade salsitas come in squeeze bottles. The pale-green chile verde will definitely light you up; the milder, creamy red rojo will break a gentler sweat on your brow.

Beer and soft drinks are in a cooler case, and they’re all Mexican. Anne was disappointed to find nary a diet drink in the box, but consoled herself with the childhood-pleasure flavor of a made-in-Mexico Coke sweetened with cane sugar the way ours used to be, none of that newfangled industrial high-fructose corn stuff. I was happy with a Jarritos Mexican soft drink, grapefruit flavor — a chartreuse potion that was tart, tangy and sweet.

Down the street at Anar we grabbed a shawarma ($6, the Arabian twin of a Greek gyros, shaved from the spinning grill cone and loaded on a large pita with fresh, crisp lettuce and tomato) and a decent diamond of almond-and-walnut-stuffed baklava dripping with honey ($1.29), and grabbed a couple bags of pistachios in the shell.