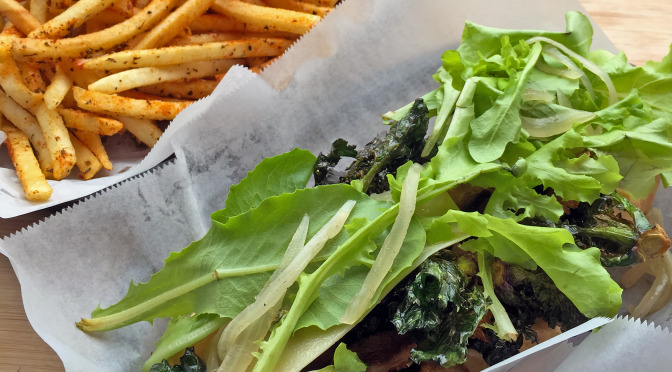 For a too-short, brilliant seven months, the glory that was Rumplings blazed like a comet soaring across the sky of Louisville’s dining scene.

Then, just like that, one night in early June, Rumplings went dark, accompanied by a chorus of wails from despairing fans.

Okay. I admit it. That’s kind of dramatic. But dammit, that’s how I felt, and judging from the anguished voices I heard, I don’t think I was alone.

Look, I can’t blame the Rumplings guys. I really can’t. As I said during the Airing of Grievances and Recriminations that followed their departure, “Those guys were trying their best to channel a serious Japanese ramen shop, including making fresh noodles to order (albeit with a Kitchenaid pasta-maker attachment). Yeah, that’s a lot more labor-intensive than slinging fried chicken, subs or pizza.

“Also, running long hours late into the night to serve the Baxter Avenue Drinking Community might have made it both fun and … interesting. They were serious, very serious, about quality, and I can understand their wish to have an appropriate payday.”

Chef Ethan Ray, who is now chef de cuisine at corporate partner Roux, uttered this eulogy: “It was quite demanding. … my job responsibilities were two things: noodles and dumplings. I was working 55-60 hours a week to meet the noodle and dumpling demands of a four-day-a-week restaurant, and that was with late night support to continue noodle making into the evening. It’s like having one guy at a burger place making all the buns and fries in house. And that’s all he did.”

In short, the numbers didn’t work.

(Rumplings alumni Griffin Paulin, meanwhile, has moved on to open Over the Nine in the Old 502 Winery and Falls City shop just west of Ninth Street.)

So I checked in at Epic Sammich Co., hoping to find something going on with sandwiches to match the brilliant, wacky passion of the late, lamented ramen-teria. Did I find it? Well, sort of. There’s still a lot of energy. Attention to quality is apparent in everything from ingredients to preparation and competent, attentive counter service.

But sammiches ain’t ramen, and that’s that. They’ve lost that samurai feeling, and nobody’s slapping down sammies like Ray used to throw down another batch of fresh hand-made noodles with a victorious “Hai!” I get it that they had to pull back their dreams to make the budget balance; and in a vacuum, I’d call it as good a sandwich shop as I ever saw. But Rumplings left a hard act to follow.

Still, as it was with Rumplings, so it is with Epic: It’s all focused on a core product. Come to a sammich shop, get a sammich, because there’s not much in the way of alternatives. The blackboard bill of fare offers 15 choices of delicious things placed on bread and thoughtfully filled out with garnishes, greens and goodies.

They’re not cheap, reflecting quality of ingredients and preparation and, in the wake of Rumplings, a reasonable desire to keep the ledger in the black. Sammies range from $9 (for the Cuban, Saddle Up or Fried Pig and Cheese) to $13 (for the Wharf, fried catfish with lobster salad on rye). That’s not counting the Epic Meat Treaty, which is basically three of the $12 three-meat Meat Treaty sandwiches stacked high within five slices of rye. The Big Mac it’s not, but maybe the Big Gigapalooza.

The It’s Not Tofu ($11), as the name implies, contains no bean curd nor any other soy product or faux meat. It is, however, one of the most thoughtfully conceived veggie sandwiches I’ve ever encountered, layered with a spectrum of subtly contrasting flavors.

Vegan it’s not, not with a thick slab of buffalo mozzarella and a thin slice of deli swiss. But you can be sure that no animals were harmed in the making of this mix of cheeses with shiitake and oyster mushrooms, crisp-fried bite-size “kale-ettes,” pickled red onions and smoked onions, with schmears of basil pesto and chipotle tomato jam, all tucked into a Cuban bun and topped with a salad-size portion of Grateful Greens Wildfire lettuces.

To keep all that from getting too healthful, we added on a side order of fries ($3), a huge portion of thin-cut spuds, sizzling hot and crisp , touched with a hint of spice and an edge of fire, served with a cup of ketchup.

The pressed-grilled Cuban B ($9) provoked a little less enthusiasm; \It was good, though, a traditional setup with layers of cold Cuban-style roast pork, Benton’s country ham and thin-sliced Genoa salami, dressed with smoked onion aioli, and finished with horseradish honey mayo and a few pickle rounds.

Lunch for two, consisting of two sandwiches, a basket of fries, and a couple of cups of tap water with no ice, mounted up pretty briskly to $26.50, plus a $6 tip.