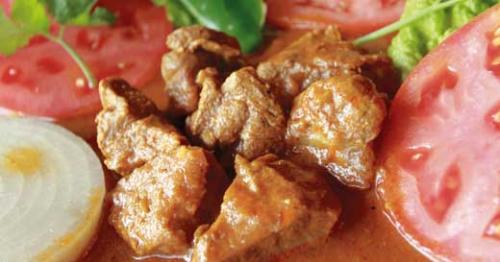 Back in the day, trendy new eateries like the Bristol and Myra’s fired up a generation of Louisville foodies with the revelation that fine dining could be about more than white tablecloths, surf-and-turf and fancy Italian cuisine.

But it didn’t take long for us to become blasé. Even as the city’s dining revolution burst all around us, with still-standing landmarks like Equus, 610 Magnolia and Le Relais, we were soon whining for more. “Get us Greek food,” we ranted. “We want a real Jewish deli! And Indian food! We need an Indian restaurant!”

Fast forward a generation, and guess what? We’re still complaining about the Metro’s serious deprivation when it comes to a kosher deli or genuine Greek. But the Indian problem resolved itself back in the ‘90s, when Kashmir finally brought the cuisine of the subcontinent in an eatery that has stayed the course.

Not only has Kashmir showed staying power, it has withstood challenges that might have shut down an eatery made of less stern stuff. It opened in 1999 at 1285 Bardstown Road, then suffered heavy damage from a bad kitchen fire that shut its doors for months. It reopened in 2000, bounced back and became a regular stop on the Highlands dining scene.

Then, demonstrating that even if lightning doesn’t strike in the same place twice, conflagrations sometimes do, a fire in an upstairs room shuttered Kashmir again in the summer of 2010. This time management recovered by moving a few doors up the street. Fortunately, you can see the new location from the old, which can be a bit confusing for first-timers: The Kashmir website still lists the old address, and the old Kashmir sign still perches on the front corner of the former property’s front yard. Look to the north, though, and you’ll see the new sign three doors down.

It occurred to me the other day that I hadn’t been back to Kashmir for ages, and certainly not since their fairly recent fire-related move down the block. With newer Indian restaurants such as Sitar, Dakshin, Bombay Grill, Little India and Shalimar seemingly attracting Indian-American diners and claiming “authenticity,” how does the big K stack up these days?

The short answer: It’s good, although I can’t rate it quite with the local leaders in the Indian market. Still, a recent midday visit provided a filling, reasonably affordable meal.

We passed on the smallish buffet in favor of the extensive menu, which offers some 60 main dishes plus appetizers, sides and lunch options, including a broad selection of vegetarian dishes. Dinner main-dish prices range from about $8 (for most of the veggie and rice items) to about $13 (for seafood specialties); platter-size samplers run a couple of bucks more. Indian and domestic beers and a limited selection of wines are available from a cooler in the front room.

Our appetizer might have been the best dish of the meal: aloo tikki ($2.75), deep-fried rounds of spicy, cumin-scented mashed potatoes within deliciously crunchy crusts, and a crispy, paper-thin pappadam (lentil wafers, $1.50), which came with bright red and fiery onion chutney and a thin, bittersweet tamarind sauce.

Lunches were good, but dishes in general lacked the sharply defined, bold spice flavors that elevate Indian food at its best.

Breads were disappointing. The poori (hot, inflated whole-wheat balloon to accompany the channa masala) was flabby and greasy; gobhi nan ($2.95, oval flatbread stuffed with gingered cauliflower) was heavy and moist.

A small dish of kheer ($2, creamy rice pudding with chopped pistachios) made a cooling finish to a meal just as spicy as I had requested.