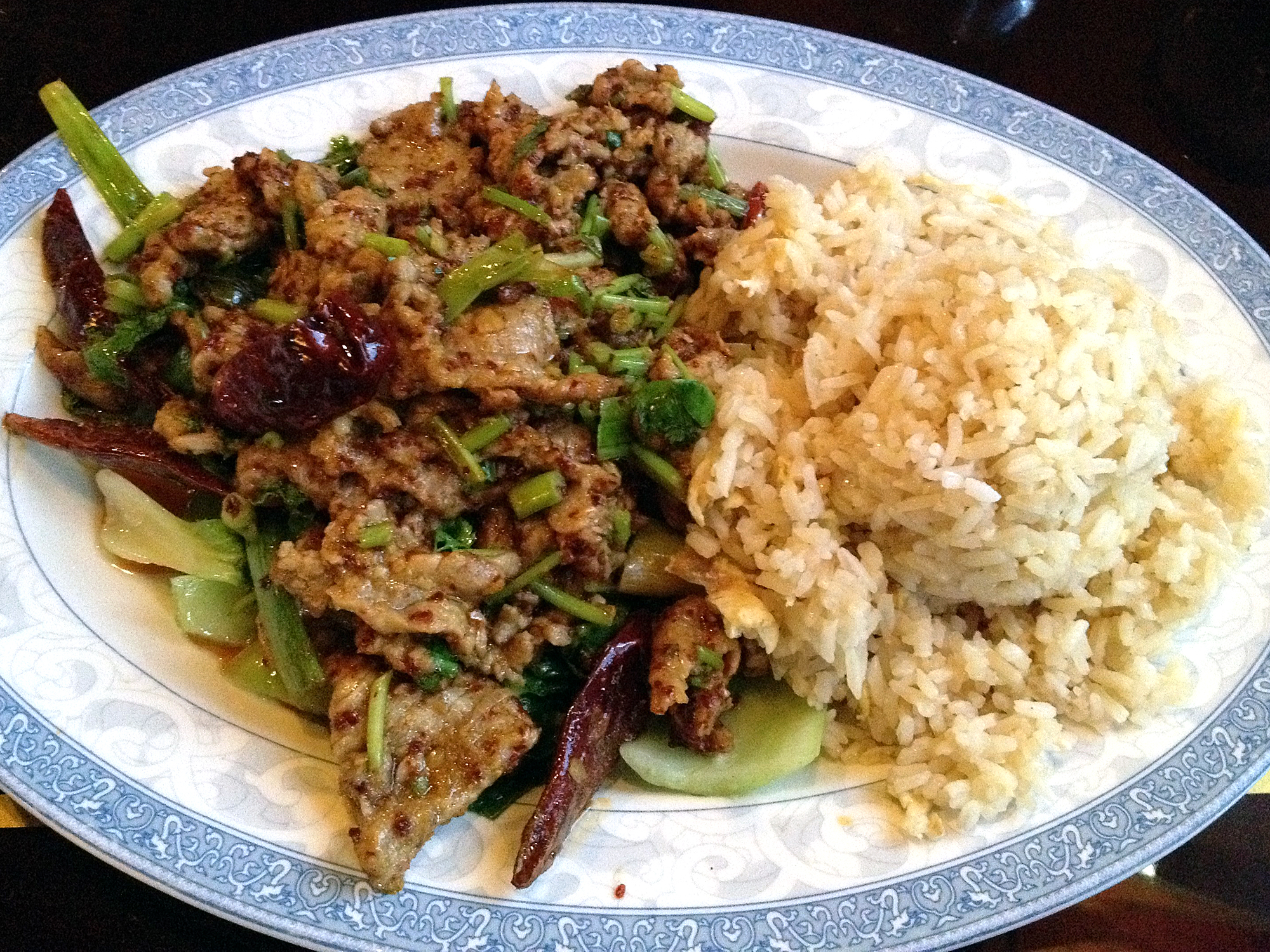 It didn’t seem obvious at the time, but looking back on it now, it’s clear that Louisville’s affection for gourmet-style and ethnic food skyrocketed when the first wave of Baby Boomers grew up. It must have been the middle 1970s when we suddenly realized that it wasn’t necessary to keep all our food from touching on the plate, and that there were more exciting things to eat than Mom’s steak and potatoes and tunafish casserole.

Not least of all these happy discoveries was Chinese food. We had only about three Chinese-American eateries here then, so the arrival of the first real Szechwan restaurants in the late ‘70s was about as big a deal as the first pizzeria or the construction of the St. Matthews mall or the JFK bridge.

Americans usually think of Sichuanese food as hot-and-spicy, because that was the “wow!” character that made it stand out from Chinese-American. But authentic Sichuanese is much more complex, relying on a well-crafted blend of seven flavors: sour, pungent, hot, sweet, bitter, aromatic, and salty.

Even in a city now blessed with quite a few Chinese restaurants that welcome Westerners to order from an authentic Chinese menu, Jasmine stands out, thanks to the team of Chef Lan Lin, a skilled chef from Sichuan, and his wife, Lan Zhang.

Jasmine has been open since 2004 in English Villa, off English Station Road a short hop out Shelbyville Road from the Gene Snyder, but it moved three years ago into larger, more sophisticated quarters a door or two from its original spot.

It offers an extensive menu of more than 100 selections, including both familiar Chinese-American and authentic Sichuanese, with many dishes priced well under $10, and only some seafood, beef and lamb dishes topping out around $12. The adventurous carnivore may venture into offal (kidneys, liver, even intestines, er, chitlins), while there’s plenty of less challenging authentic dishes that don’t require going quite that far down the road.

We stopped in for lunch, sticking to the Sichuanese side of the menu save for a simple but delicious egg roll ($1.50), and were completely pleased with food, mood and service.

Shared scallion pancake ($1.99) and cold cucumber salad ($4.99) made an impressive appetizer course. The pancake, the size of a dinner plate and cut pizza-style in eight wedges, was made of flaky pastry almost reminiscent of Greek phyllo, studded with aromatic chopped scallions. The salad, beautifully arranged in a spiral of paper-thin seeded cucumber slices cut on long diagonals, was cool yet fiery, drenched with a delicious spicy chile oil.

Although our server was courteous and fluent, Mary ran into a slight language barrier when she requested her cumin beef ($7.25 on the lunch menu). What she said was, “not too spicy.” What the server apparently heard was, “hot and spicy.” We gave this iconic West China Muslim dish maybe 4 1/2 or 5 chile peppers on a five-pepper scale, but it was still outstanding: Tender stew beef stir-fried with fiery chile peppers and scallions, served with excellent fried rice.

Hot pepper potatoes ($7.99) was an interesting, offbeat dish, perhaps my first encounter with potatoes on a Chinese menu. Long, thin strips of potato were stir-fried crisp-tender with strips of green bell pepper and, apparently, lots of fiery chiles in the stir-fry oil but discarded before service. It was an altogether new take on potatoes that definitely woke up my taste buds.