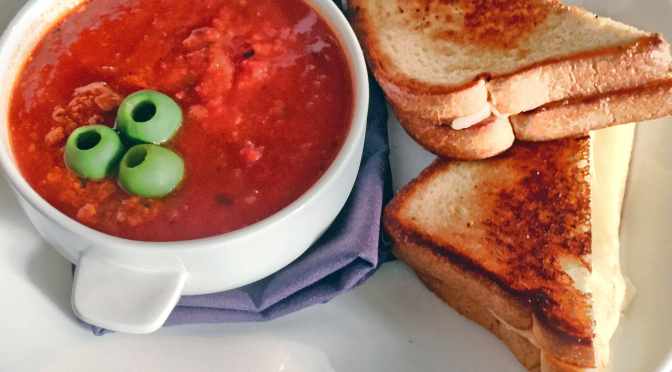 Hey! Let’s go out and get some gnocchi for dinner!

These are words one rarely hears, unless one grew up in a family or with friends who had an old-country Italian Nonna around. Hell, there aren’t many people around here who know what a gnocchi is (or, to be pedantic, what gnocchi are); and fewer still who know how to pronounce it.

Perhaps this is why gnocchi have rarely been a thing on the Louisville restaurant scene: Where’s the value in putting an item on the menu that people don’t recognize and find profoundly difficult to pronounce?

So how do you say it? Is it Gonkey? Gee-nockey? Or maybe Gee-notchey? Well, no. Italians say something like “N’yoh-key,” but that’s hard. Wrap your American tongue around “Nockey,” if you prefer, and chances are you’ll get your dish without further recriminations.

But what the heck are they? Check your Italian-American dictionary: “Gnocchi” means “dumplings.” But these Italian nibbles are not the dumplings that your grandmother used to make. Not unless she was an Italian Nonna. Served with your choice of sauce and accompaniments, they’re a comforting alternative to more familiar short pasta.

Or they are if you can find any around here, anyway.

Which brings us to the lunch that my friend Laura and I enjoyed at Butchertown Grocery the other day. They’ve got gnocchi!

This hot new spot in the historic Butchertown building long vacated by the much-missed Blind Pig has generated quite a buzz, perhaps amplified by the presence of Chef Bobby Benjamin (late of Le Coop and, before that, the Seelbach’s Oakroom). A noisy publicity chorus ensued with the big reveal that local music celeb Patrick Hallahan, drummer of My Morning Jacket, is among Benjamin’s financial backers.

It wasn’t immediately clear to me how this related to food, mood or service, although the MMJ connection may have contributed to a vibe that has landed this spot among the city’s latest places to see and be seen.

The new owners have made over the Blind Pig’s own makeover of the 19th century commercial building that had housed Gunkel’s Grocery back in the day. Our great-grandparents’ day, that is. I was happy to see that the new management didn’t lose the building’s historical feel, with plenty of exposed brick walls that have likely heard a century and a half of good stories.

Benjamin’s menus roam the globe in thoughtful presentation; they’re not overly long, and will change up seasonally to take advantage of fresh and local produce. Pricing for a half-dozen dinner entrees starts at $24 (for rainbow trout) to $60 (for the justifiably high-end Grocery Steak, a highly hyphenated 55-day dry-aged bone-in prime-graded rib eye with a black-truffle Bearnaise.

On its Web page, Butchertown’s makers pledge that “Making honest, simple food is what gets us out of bed every morning. We use the best ingredients because we care about where our food comes from.”

Based on our lunch experience, they keep those pledges. I had no complaints about quality in any of our dishes. Service was highly attentive, if anything a bit overly so.

But here’s Butchertown Grocery’s greater challenge: The food is good. Much better than okay. And Benjamin’s skills show up in little touches that range from skilled preparation to garnishes and plating touches. But at the end of the meal, you’re paying high-end prices for “honest, simple food.”

There’s nothing much more honest and simple than the hamburger, an iconic American treat that goes back to Popeye’s Wimpy and beyond. It’s said to be a signature dish at Butchertown Grocery. Still, I can’t say that it stood above the competition. A regular burger on a buttery bun, kicked up with a fried egg, garlicky aioli and a large ration of sprouts. The menu mentioned avocado, which with sprouts would have given it a California feel; but we couldn’t find the avocado anywhere. The fries were great when they were sizzling hot from the kitchen, pretty good still after they cooled down. Bottom line, we wanted to like it, and yes, it was okay. But it wasn’t exceptional.

The grilled cheese sandwich ($14) was competently prepared, accompanied by the traditional pairing, a bowl of tomato soup. Thin portions of three cheeses (Swiss, Cheddar and Kenny Mattingly’s complex Kentucky Rose) were hard to differentiate; it was built on hefty toast that, according to the menu, was based on brioche. The soup was thick and textured, bright red and intense, with a touch of peppery spice; three bright-green olive halves made a charming decoration, an artful touch on an otherwise simple plate.

Oh, yeah, gnocchi! A side dish at lunch, a pasta course at night, it’s $9 for a small but filling plate. Either way, it was pretty good. They seemed like the real deal: firm, giving way to a gentle bite, plated with a ration of skinny enoki mushrooms and, I think, olive oil.

Lunch for two with a Coke, no booze, and no dessert still mounted up to $45.58, plus a $10 tip. I’m looking forward to getting back for dinner to see how the fancier evening menu goes.