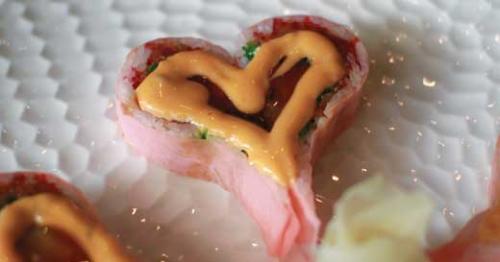 I have never quite understood why Lower Brownsboro Road, an avenue that traverses trendy Clifton and historic Crescent Hill on its way out to classy Mockingbird Valley, is punctuated with so many gritty and downscale shopping strips that confer a distinctly “urban” tone. But it’s a fact: Drive down the strip and count the tiny bottle shops, check-cashing stores, junk shops, gas station-convenience shops, a 24-hour diner and even a supermarket so widely, if unjustly, known as “Dirty” Kroger that even former Louisville mayor Dave Armstrong once uttered the term to me in an on-the-record interview.

It should be no surprise, then, that there’s been a quick series of short-lived eateries in the Lower Brownsboro restaurant space that shares a small parking lot with an advance payday loan shop that guards its parking spaces with dire threats of immediate towing. A Middle Eastern spot, a Jamaican eatery, an excellent soul food shop — some of them have been quite good, but I don’t see how the grim surroundings can help.

The latest tenant, however, is worth checking out. If friendly, smiling service, appealing Japanese-Korean fare and, on the day of our visit, impeccably fresh sushi count for anything, then maybe I ♥ Sushi & Teriyaki can stick.

The dining room is small but shiny and well-kept, with nary a painting or any other decor to adorn the pale beige walls; floor-to-ceiling plate-glass windows afford a view of four tiny commercial huts across the road. An L-shaped bar at the entrance has been converted into a sushi bar with a half-dozen tall stools. Wooden benches and red dinette chairs provide seating for maybe two dozen more at large tables, which are set with paper napkins and wooden chopsticks (Western cutlery is available on request).

The menu is relatively brief, but it offers plenty of choices for everyone, with an abundance of cooked dishes for those who don’t ♥ raw fish. Dinner entrees come with rice, vegetables and salad and range in price from $11 (for “chicken and chicken,” boneless bites in teriyaki glaze) to $21 (for deep-fried lobster meat in honey almond-coconut sauce, or sauteed “scallop and scallop”). As mentioned, Korean flavors turn up amid the Japanese mix, with bulgogi (Korean marinated grilled beef, $15) and kalbi (Korean marinated beef short ribs, $15) among the goodies.

The usual extensive list of sushi rolls, nigiri sushi bites and sashimi is also available, of course, many at $3.50 or $4 for nigiri, and rolls starting at $3, rising to a still reasonable $12 for some specialty rolls.

If you’re on a budget, you can enjoy filling soba or udon noodle dishes for $10 or less, and fried rice for as little as $5 for the vegetarian version. About 18 appetizers are subdivided into vegetable and meat items, and prices in the $3 to $7 range for many items would make the grazing option an easy choice. There’s a short list of beers, wines and Japanese sake, plus Japanese green tea or soft drinks to wash it all down.

Mary picked what appeared to be a Korean-Japanese hybrid dish, bulgogi teriyaki ($9), and was happy with her oversize white platter loaded with stir-fried veggies aromatic with wok hai, the characteristic smoky scent of food fresh from a well-handled wok, and thin-sliced, soy-marinated grilled beef. A generous portion of steaming white rice came alongside, and both lunches were accompanied by steaming, “meaty” miso soup and a fresh green salad with a tangy ginger-and-citrus dressing.

I chose Combo B ($10), which consisted of a plate of Yaki Soba (more of those great, sizzling stir-fried veggies and a dash of soy flavor atop a bed of thin, vermicelli-like wheat noodles), and an order of four nigiri sushi — chef’s choice of shrimp, salmon, tuna and snapper — following as a second course. We also summoned two sushi rolls, crispy salmon skin ($6) and sweet mild yellowtail and scallion ($5).

The sushi was very good to excellent — nothing fancy, but extremely fresh fish on a Tuesday, and as everyone who has read my rants about stinky, old fish in sushi will know — I’m a strict judge of this point as being key to a sushi bar’s success.

A filling lunch for two, with some Korean bulgogi beef left over for lunch the next day, came to $33.66, a mighty light toll by sushi-bar standards. I rounded up to $40 for enthusiastic service.