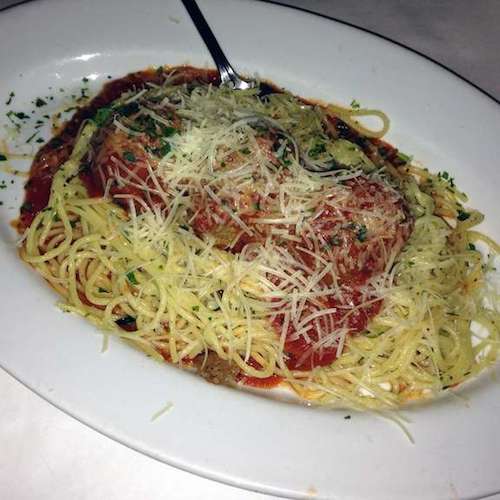 Consider, for example, the shopping mall. Throughout much of the Baby Boom generation, the enclosed mall seemed to take us about as far as we could go. What was not to like about a climate-controlled, clean well-lighted place where we could shop, dine and hang out with our friends without having to endure winter frost or summer heat?

But suddenly, around the turn of the millennium, O tempora O mores: things began to change. The mall we will always have with us, but it is oh so ’70s now. Behold the new “power center,” the trendy 21st-century place to shop, dine and hang out with our friends. It abandons the mall structure in favor of a landscaped, architecturally consistent ring of stores and central plaza, surrounded by acres of parking so you can roll right up to your destination.

Louisville’s Paddock Shops, called The Summit when it opened in 2001, was one of the city’s first entries in this new genre. At its central plaza we were presented two new fine dining restaurants: Mitchell’s Fish Market and Martini Italian Bistro, both properties of the small but growing Cameron Mitchell chain from Columbus, Ohio.

Of course, corporate chains dominate malls and power centers; all of the dozen eateries on the property were franchised. Until November 2011, that is – O tempora, O mores – when after 10 years on the property, Martini’s management team bought its way out of the Cameron Mitchell chain and went local.

Chef Allen Hubbard has put together a solid menu of Italian and Italian-American comfort food with an upscale sensibility. The extensive list features nearly three dozen meal options including pastas, pizzas, traditional Italian entrees and international-style steaks, pork and fish dishes, mostly priced in the teens to lower $20s, topping out at $29.99 for the steak filet Gorgonzola. Martini’s popular bar offers more than 60 martinis, ranging from the traditional model to something called Blue Heaven, a blue potion fitted with a glow stick.

Caesar salad ($1.50 as a side, $3.75 for small or $8.99 large) was fresh, chilled romaine tossed with croutons, kalamata olives, grated Parmesan and a lemony dressing.

Spaghetti and meatballs ($14.99), standard Italian-American family fare, offered three tender meatballs, not overcooked, perched on a bed of al dente spaghetti, cloaked in a light, fresh tomato sauce and topped with Parmesan grated at tableside. Grilled kale (substituted as a side dish for a $1.50 charge) seemed more braised than grilled, but we had no complaints about its flavor.

Arrostito vegetali ($15.50) means “roasted vegetable,” but we couldn’t find anything roasted on this veggie platter, which included a square of eggplant Parmesan blanketed with molten mozzarella; a triangle of breaded-and-fried polenta; sauteed mushrooms, spaghetti squash and rather chewy green beans.

With a couple of glasses of Castello di Querceto Chianti ($6.99), a filling dinner for two came to $72.25; and careful, friendly but not intrusive service earned a $15 tip.