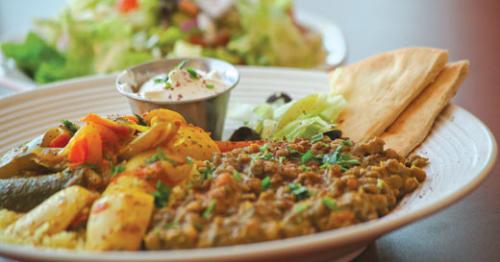 Quick! Where’s Morocco? Can you point to it on a map? Tell us something about its history! What do you know about its culture and cuisine?

Stumped? Sorry! But if you’re not comfortable with these questions, don’t feel too bad. You’re hardly alone in the geographical illiteracy that researchers say afflicts a majority of Americans, particularly the younger set.

The 2006 Roper Public Affairs-National Geographic Literacy Study found that many Americans can’t even locate New York or Iraq on a map. This may shed light on the Bush administration’s fabled difficulty in locating Saddam’s purported WMDs. It also suggests that a nation that has a hard time zeroing in on the Empire State probably ought to hire a tour guide before heading off to Morocco.

Still, although this California-size kingdom that wraps around Africa’s northwestern shoulder may not be a top tourist destination spot for most of us, you’d probably heard of its colorful coastal ports, Tangier and Casablanca. Yes, that Casablanca. I’d be shocked … shocked … if that doesn’t ring a bell.

What’s more, the CIA’s World Factbook (one of the spy agency’s rare public documents) wants us to know that Morocco is one of the world’s largest producers of illicit hashish. They say this as if they think it’s a bad thing.

But then there’s Moroccan food … that, for sure, is a very good thing. With its favored location on the Mediterranean coast, separated from the Sahara desert by the Atlas Mountains, Morocco draws abundant fish and seafood from the surrounding oceans, and rich crops from its farmland and orchards blessed with balmy breezes and gentle rains.

North African, European, Muslim and Christian cultures have met and mingled in this region for more than 1,000 years, with Morocco and southern Spain’s Andalusia separated only by the narrow straits of Gibraltar at the mouth of the Mediterranean. The result is an intriguing cuisine not quite like anything else we’ve enjoyed in Louisville, save for occasional special meals from Moroccan-American chefs such as Jeff Jarfi.

Now we’re finally got a good chance to try it! Let’s welcome Andalous, which succeeds the short-lived Mexico Viejo as latest tenant in a bright, freshly renovated building on Lower Brownsboro Road – the zone that local wits have lately dubbed “LowBrow”).

Although its name recalls the high-water mark of the Muslim empire in Southern Spain, Andalous actually offers a good selection of distinctly Moroccan dishes. Sure, you’ll find the usual “Mediterranean” suspects. You can fill up on gyros, falafels, hummus and Greek salad if that’s your style; they also offer an all-day breakfast menu featuring American morning standards.

But when in Rome, do as the Romans do; and, take my advice, when in Andalous, let the friendly Moroccan chefs make you a North African-style meal. The six-page menu offers plenty of options at admirably affordable pricing, with many dishes under $10 and only a couple of high-end items – a $16.60 mixed grill and $14.95 “royal couscous” – reaching the middle teens.

We started with a dish of foul, an Egyptian fava bean dish with an unfortunate name that isn’t really improved by its pronunciation, “Fool.” You’re welcome to foul me twice with this goodie, though: A pool of tender, creamy favas and a few diced veggies swim in their own gently spiced juices with plenty of pita wedges on the side.

Tagine, also spelled tajine, is perhaps the iconic dish of Morocco and its North African neighbors. The name for both the dish and the shallow earthenware pan it is usually cooked in, tagine is a comforting, long-simmered stew that bears some resemblance to similar fare braised in a crock pot. We enjoyed a lentil tagine ($8.50), a stick-to-the-ribs porridge of tender, creamy brown lentils and onions served alongside pale yellow couscous (or rice if you prefer) topped with smoky grilled vegetables.

Kalaya lamb ($11.75) featured chunks of flavorful if not-so-tender lamb pan-fried with green peppers and onions, plated with pitas and simple, yellow-tinted rice. Both main dishes were plated with a bit of crisp lettuce, some sliced, pitted black olives, and a dish of sour cream topped with a sprinkle of sumac.

In addition to rice or couscous, most dishes come with your choice of house salad or a cup of soup. The salad was passable, iceberg and mesclun with a tart vinaigrette, but the kitchen should have been more attentive about picking a few slimy bits out of the packaged salad mix.

Harira soup, however, was good enough to more than make up for that: A warm, gently spicy broth was loaded with what appeared to be a mix of lentils and long-simmered chick peas. Free with the meal, it’s $2.75 for a cup or $3.95 for a bowl a la carte.

Moroccan tea ($3.75 for a pot) was a pleasant, aromatic blend of green tea and fresh mint.

A Moroccan dessert also hit the spot: Two large dates ($3.50) were slit and stuffed with a mix of finely chopped walnuts and almonds, plated with a stripe of whipped cream and squiggles of chocolate and caramel sauce.

A hearty meal for two came to $34.19, and attentive, hospitable service earned a $7 tip.