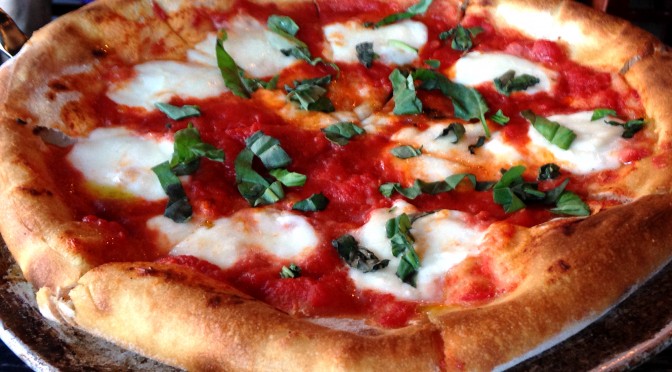 There are just 28 days left before Election Day 2014 as you read this, and that means we must endure 672 more hours of television, radio, robo-call and Internet advertising time. In this market, a great deal of this mind-numbing noise will be devoted to Senator-since-forever Mitch McConnell and his feisty challenger, Alison Lundergan Grimes.

Okay fine, I get it, that’s how the system works in 21st century America. Well, that, and limitless contributions by anonymous corporate interests, but that’s a whole ‘nother story.

I have made my decision and probably won’t stray from it, so I’m doing my best to tune out the constant drone. But sometimes it’s hard to ignore.

For instance, why in the heck do they keep talking about coal? They both seem to be for it. Is that a good thing? From my perspective as a long-time political junkie and one-time politics-and-government reporter, I think I have a pretty good idea of where these two people stand. You pay your money and take your choice. Meanwhile, I’ve got a Pete Seeger earworm now: Which side are you on?

Then, suddenly, I heard the words that galvanized me: There’s a war on Coals! A war!? Holy Anthracite, Batman! Coals Pizza is probably my No. 1 favorite pizzeria in the greater metro, and that’s saying something, because we’ve probably got five dozen of ’em, and about one-third of those are in St. Matthews, it seems.

Anyway, if there’s a war on Coals, I’m grabbin’ my pitchfork and getting on down there to enlist. We’ve got to protect that place from the evil plans of Voldemor … wait, what? President Obama? Something doesn’t make sense here, but hey, we’re talking about politics.

Let’s talk about pizza instead! Why do I love Coals so hard that I would enlist in a battle to defend it? Well, it’s the coal. And more, like local and natural ingredients, skilled staff in the front and back, an estimable beverage program, and a comfortable environment.

But it starts with coal.

Coals, which arrived about 3 1/2 years ago as one of the first tenants in the re-purposed old Vogue Theater, takes its name from its signature coal-burning pizza oven, which uses relatively clean re-mined hard anthracite coal and fires up to a roaring 1,000F, hot enough to finish a pizza in four minutes or less.

Try a Coals pizza or two and you’ll never look at the more commonplace gas- or electric-fired pizza ovens or even the classic Neapolitan-style wood-burning ovens in quite the same way again. Handled with care by Coals’ experienced chefs, this yields a paper-thin crust with a fine, breadlike edge, a golden hue, and delicious caramelized charred spots across the bottom, an addictive combo that’s hard to match in ovens that fall short of coal’s hellish heat. Take that, coal-haters!

Coals offers a dozen plate-size specialty pies, quaintly named after Louisville neighborhoods, from $12 to $15 per, or you can build your own for $9 with cheese and marinara sauce, plus a buck or two surcharge per topping up to $19. Come in for lunch and have a small pie with soup or salad for $8.95, such a deal.

I was delighted to see a new pie bearing the name of my neighborhood, Crescent Hill, but nuh-uh. This $14.50 delicacy is a classic Hawaiian pizza, mingling ham and Nueske’s bacon with marinara and fresh pineapple, a fruit that simply is not now and should never be placed on a pizza. I was happy with the St. Matthews ($12) instead, a faithful replica of the iconic pizza margherita that presents the red, green and white colors of the Italian flag rendered in marinara sauce, snipped fresh basil and rounds of creamy, melted fresh mozzarella.

Coals’ Gorgonzola wedge salad ($6.75) is generous and properly retro. An oversize “wedge” that looked like half of a head of crisp, fresh iceberg lettuce was dressed with creamy, tangy-sweet blue cheese dressing, Gorgonzola crumbles and lots of diced fresh tomatoes, plus Nueske’s applewood-smoked bacon (they’ll leave it off if you prefer a meatless repast).

House-made meatballs ($7.50 for an appetizer order) were excellent, too, but came with some confusion that you may need to know about: The menu describes them as sauced with “creamy Parmesan bechamel,” but ours came dressed with tangy red marinara. An inquiry yielded a quick replacement but left us puzzled. Apparently the default meatball is “marinara” with “white” as an alternative on request. Or something.

In any event, the cheesy white sauce version was very good indeed. A half-dozen two-bite meatballs and a ration of creamy, cheesy bechamel were plated in an oven-proof bowl, topped with crisp breadcrumbs doused in olive oil and run through the broiler – or maybe the coal oven – until the crumbs were crunchy and the meatballs tender and juicy with a delicious scent of fennel.

With a Paulaner Hefe-Weizen German draft beer ($4.50 for a towering pilsener glass), a filling dinner for two, with leftovers, came to $32.60, plus a $7 tip for attentive service.