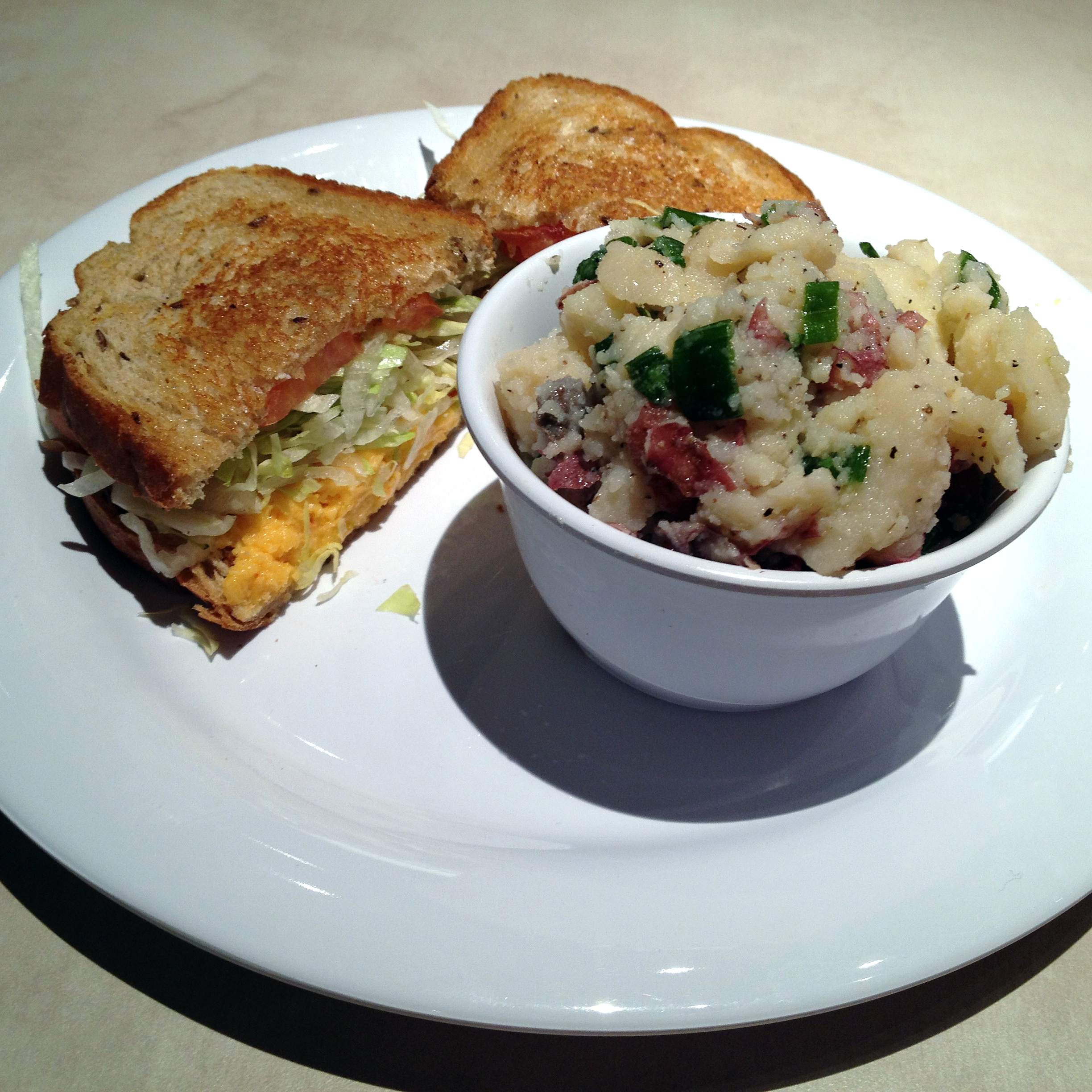 Then I found out that it’s just named after Zoë Cassimus, founder of the 12-state chain based in Birmingham, Ala. They do play the Greek card, though, pointing out in the chain’s corporate material that “Zoë means ‘life’ in Greek. Why not live it to the fullest with tasty food shared among close friends and family?”

You’ll find no Italian “pie” at Zoë’s, though, where the bill of fare is described as “Mediterranean-inspired comfort food with dietary concerns in mind.” You’ll find nothing fried on the menu, an unusual restriction in this part of the world. There’s a selection of gluten-free dishes, a good share of the dishes are marked as vegetarian or vegan, and there’s a commitment to build dishes from scratch using fresh ingredients.

These are lofty goals for a quick-service restaurant where you line up to order from a counter, take a number and wait a very short time to have your meal hustled out to your table, and to its credit, Zoë’s delivers reasonably well. I won’t claim our recent lunch was the best I ever ate: The soups were way too salty, other dishes a bit under-seasoned – but everything seemed to meet the criteria of fresh, filling and assembled on the spot.

Cups of chicken and orzo soup and tomato bisque topped with molten mozzarella ($2.99) were both tasty except for the salt; a grilled chicken breast stuffed into a warm pita with slaw ($7.39) was a bit bland, although the components were fine. A pimento cheese sandwich ($7.09) benefitted from service on grilled rye bread, but the cheese was very mild, I couldn’t find a pimento, and shredded lettuce and wan tomato didn’t add much. A side of white beans with rosemary was excellent; red-potato salad in a creamy, non-mayo dressing was pretty good after a corrective shot of salt.

Lunch for two came to $23.69, which felt just a little spendy for what we got.