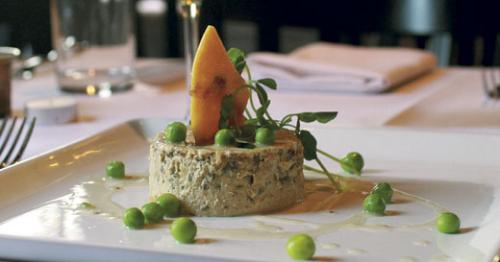 What the heck is a wine geek? A wine geek loves wine, can carry on an extended conversation about the stuff, knows a little about how it’s made, and plans trips around winery visits. He rejects labels like “snob” or even “connoisseur,” though, preferring to be recognized for a hobbyist’s passion. She loves wine, but understands that, after all, it’s really just grape juice — delicious, adult grape juice that goes great with food but is best taken in moderate doses.

For almost a decade, there was hardly a place that geeks loved more than the L&N Wine Bar & Bistro, whose owners Len (“L”) Stevens and Nancy (“N”) Richards offered a wine-geek experience unmatched in the city. Notice that I said wine-geek experience. Wine connoisseurs might have been able to find more pricey bottles around town, perhaps more “trophy” bottles highly rated by the big-name critics — a measure that attracts more snobs than geeks. But only L&N put it all together, as I wrote in a 2007 LEO Weekly review: “With its majestic wall of wine, a 54-bottle Cruvinet wine-storage facility and dispenser that’s the largest made, it boasts a wine program that’s second to none. More than 100 wines are available for tasting … Connoisseurs may also peruse the book-length cellar list.”

But Len and Nancy gave it up after Derby last year, facing business realities when a lease and liquor license both came due for renewal following an enduring recession.

Now, after a fix-up effort that includes an eye-catching exterior paint job in mustard yellow, new owners Ron Kayrouz and Terry Fereday, with Chef Michael Crouch (previously of Bourbons Bistro), have reopened the business as Bistro 1860.

Crouch is doing a fine job with an eclectic, mostly American menu that offers most dishes in a choice of three portion sizes from “bites” through medium “apps” to full-size “plates.” Diners may graze through an array of small plates, settle in for a more traditional app and entree, or something in-between. It’s paradise for foodies.

For wine geeks, however, there’s a little less joy, but to be fair, no one but a geek is likely to notice. The Cruvinet still stands behind the bar, bearing a full load of vino. And the menu offers specific wine-matching suggestions tailored by wine geek extraordinaire John Johnson of The Wine Rack, 2632 Frankfort Ave.

But doggone it! When they dreamed up the three-size menu system, why in the heck abandon the selfsame approach that had made L&N’s wine program so much fun? Wines are no longer available by the 2-ounce “taste,” which facilitated mini-tastings of two, three or even four wines for easy comparison with or without food.

And while the wine-by-the-glass list is interesting and generally affordable ($7 to $16 per glass, with most bottles from $20 to $50), the selections aren’t quite as diverse as those that Len — a sommelier-in-training — used to put together. There’s also an impressive list of creative cocktails and a short beer list featuring mostly craft beers, none locally brewed.

Crouch’s menu covers about 16 dishes, plus daily specials. “Bite” portions generally range from $5 to $7; mid-size apps are mostly $10 to $14; and full-size plates $12 to $36. There’s a good range of meat and seafood dishes: beef, lamb and pork, salmon, shellfish, ducks and rabbits, oh my. Vegetarians, however, will come away wanting, reduced to picking the bacon off salads or subsisting on veggie side dishes.

A porcini flan ($5 for a bite) was remarkable, a rich, toothsome disk of mushroom custard topped with crunchy, sugary bits of Benton’s bacon brittle, plated with Champagne vinaigrette and crisp, fresh English peas.

A potato-wrapped “bite” of Scottish salmon ($7) was wrapped in paper-thin potato slices, a neat and appetizing contrast, surrounded with sautéd spinach tossed with almonds and golden raisins. The salmon was fine, but kitchen prep failed to pick over the spinach leaves and discard the slimy bits.

Risotto with oxtail and wild mushrooms ($9 for an app size daily special) was rich in flavor — though perhaps pulled moments before the rice attained its intended creaminess — but fine all the same.

Sides, $5 à la carte, all were appetizing: grilled asparagus with a light lemon-herb beurre blanc; a rich, light corn pudding with a whiff of chèvre; and perfect, crisp-tender baby carrots.

Desserts — a small hazelnut pot de creme with sea salt ($2 for a “bite”) and a tasty but heavy eclair ($5) — were more than satisfying.