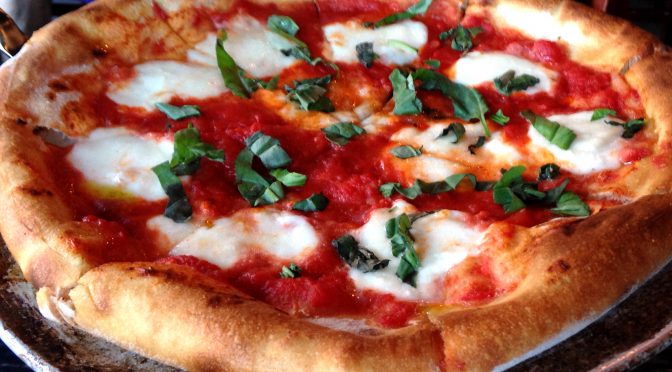 We dived into Louisville Pizza Week with abandon and enjoyed more than a dozen tasty pies at local pizzerias. Then it was Thanksgiving, and we loaded up on turkey and all the traditional trimmings. So how are you feeling right now, Bubba?

What’s more, the holidays, that lazy, hazy time of good things to eat in joyous excess, are full upon us for the next few weeks.

So here’s the question: Is it even possible to eat well, dine out often – including plenty of pizza – and maintain our health and reasonable weight?

Well, maybe. Let’s talk about that today. And let’s start with pizza.

During Pizza Week more than two dozen restaurants in Louisville tempted us beyond endurance with select pizzas for $9 each, such a deal. Sorry, you missed the Nov. 14-20 event sponsored by LEO Weekly, but watch for it next November.

And, of course, enjoy pizza any time. Is it good for you, though? Well, maybe.

In a quirky Instagram post during the event, the sponsors pointed out: “HEY NOW don’t feel too bad about all the pizza you’re consuming this week. …The average slice of pizza is 25% protein after all!”

Fair enough. And then came the quirky meme, framed as a text exchange:

Okay, maybe you had to be there. The exchange reminded me, though, of a cover story about nutrition that I did for the old Louisville Times Saturday Scene magazine years ago. With a little pointed questioning I was able to get a U of L faculty medical expert to admit, a bit grudgingly, that a slice or two of pizza could be nutritionally sound.

Not too much of it, the expert warned. And watch those fatty toppings. Peppers or mushrooms, sure. Pepperoni rounds oozing with delicious grease, not so much.

But who sweats the details? Pizza tastes good!

The USA eats a lot of pizza

Pizza is popular, not that that says much about its dietary benefits. About 1 in 8 Americans consumed pizza on any given day, the U.S. Department of Agriculture’s Food Surveys Research Group reported in a 2012. That included more than 1 in 4 males in the 6- 19-year-old bracket, a figure that may surprise some because it seems low.

The British Broadcasting Company, apparently amused by those wacky Americans, based a story on the USDA report.

“In any given day,” the Beeb intoned, “more than 40 million Americans will eat pizza. It is considered the most popular meal in the world, and definitely one of the favourites in the US.

“The love for this food is such that the Department of Agriculture recently released a report on the levels of consumption. It described the meal as ‘a contributor of nutrients of public significance in the American diet, including total fat, calcium and sodium.”

“However,” the BBC asked rhetorically, foreshadowing our question: “just because it’s popular, does that mean it’s bad for you? Experts would argue that pizza as such is not bad for your health – the problem is when and how you eat it.”

Ruben Bravo, with the European Medical Institute of Obesity, was not amused. “This tells us about the diet in the US,” he huffed, “and that this could well be one of the reasons why this country has the highest numbers of obesity cases.”

Giuseppe Russolillo, president of the Spanish Association of Nutritionists, agreed with Bravo, adding his opinion that should be limited to a treat maybe two or three times a month.

“And it shouldn’t be part of the daily diet, even less for children,” he adds, “Because it is during that period of growing development that you have to provide a varied and healthy diet with lots of vegetables and fruit.”

Bravo, however, unwittingly made a point that is critical to us: He assumed – probably with considerable justification – that most of the American consumption involves “a pizza factory product, high in carbohydrates and saturated fat.”

Yes, you can make healthy pizza at home, he said. And we would add that local, artisanal pizzerias can make healthy pizza for sale. As my source at U of L pointed out all those years ago, make good choices – thin crust, reasonable amounts of cheese, healthy yet tasty toppings – and you can enjoy a healthy pizza without too much fear of health catastrophes or breaking your scale when you step onto that infernal device in the morning.

I’ve been there and done that. My weight and waist size have varied quite a bit over my years as, among other things, a food-and-drink writer. I like to think I’ve got my body-mass index under control now, mostly, thanks to a combination of portion control and exercise, but it’s not an easy task, whether we’re looking at pizza in particular or restaurant food in general.

So yes, it is possible to dine out regularly and keep your weight and health under control, but it may not be easy. In an article earlier this year headlined “16 Healthy Eating-Out Options That Are NOT Salad,” Cosmopolitan magazine told eager readers, “You deserve better than iceberg lettuce.”

But Cosmo’s recommended dishes at national fast-food chains fail to inspire. A short stack and a veggie omelet at IHOP? Zoodles in favor of noodles at, um, Olive Garden? Or an egg-white delight muffin at Mickey D’s!? Hard pass. I

Watch your weight. Exercise reasonably. And enjoy a meal now and then at your favorite local places. I’d much rather enjoy huevos rancheros at Con Huevos than gag down that egg white muffin, but maybe that’s just me. How about you?