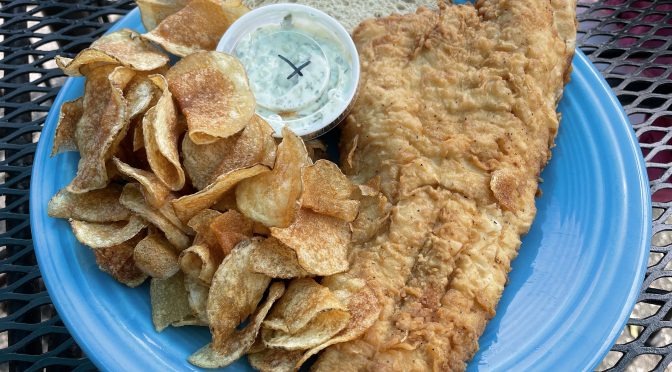 “Our entire kitchen and wait staff have been fully vaccinated,” a sheet on the front door assures customers. There’s ample outdoor dining, with a half-dozen patio tables offering a significant boost to the tiny eatery’s interior seating. END_OF_DOCUMENT_TOKEN_TO_BE_REPLACED

As far back as most of us can remember, the name “Kayrouz” has been synonymous with quality family dining in Louisville. J.P. Kayrouz Restaurant on St. Matthews Avenue, operated by Joseph Paul Kayrouz and his wife Norma, was one of the city’s most popular family restaurants for more than a quarter of a century, and J.P.’s father ran Kayrouz Cafe at Preston and Fehr streets downtown as far back as the 1920s.

So there was great wailing and hungry gnashing of teeth when J.P. Kayrouz closed in June 2003 and its building was demolished, giving way to the new Wilson & Muir Bank & Trust Co. building.

But everyone who misses the Kayrouz commitment to quality cooking and attentive service may now rejoice: J.P.’s son, Christopher, has brought the family name back to the local dining scene in a small but charming little spot in St. Matthews, just a few blocks from his father’s longtime dining destination.

The little building had housed a series of “concept” restaurants, tested here before moving out to new locations, including the original Tony Boombozz, Thatsa Wrapp, the first Bazo’s and the short-lived Benny B’s sandwich shop. Now thoroughly and attractively renovated by Mr. Kayrouz, it appears the latest occupant is here to stay.
END_OF_DOCUMENT_TOKEN_TO_BE_REPLACED