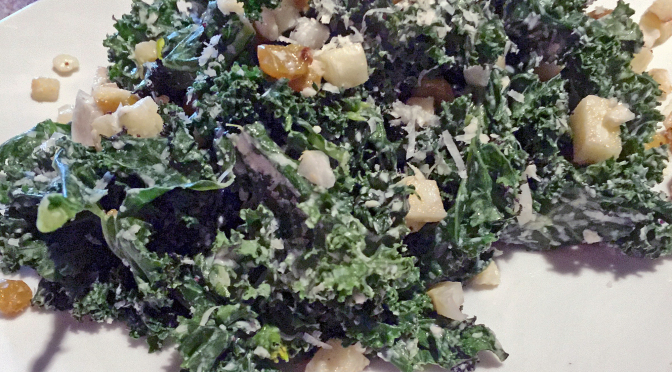 Let’s get this right up front: I miss River City Tire. Nice folks selling good tires at fair prices, and whenever that stupid little flat-tire icon lit up on my dashboard, I could run by and get a free pressure check with a friendly smile.

But River City Tire is gone. There’s no use crying bitter tears over that. And I have to admit that the new building that replaced the old urban-grunge industrial facility fits nicely in to the upscale urban scene that promoters have dubbed The Avenue.

So rest assured that I hold no grudge against The Hub Louisville, which has settled in nicely to the western side of the attractively rebuilt former tire facility. (A Chinese-and-sushi eatery and a couple of retail shops are going into the other end, which looks a lot better in traditional red brick than it did as a faceless steel warehouse wall.)

So, the Hub is rolling. But its grill could use a little work. The grill in the kitchen, I mean. In the context of a dinner the other night that was generally pretty good, two grilled items failed to satisfy.

We’ll get to that, though. It was a footnote, really, to a mostly amiable dining experience in an attractive new venue. A little unpleasantnesses early in the meal can put one off just enough to discolor the rest of the evening, and we don’t want that. The Hub has been popular since its January opening, and there’s plenty to like there.

They’ve kept a simple, industrial decor — concrete floors, matte-black walls and ceilings and big-screen televisions everywhere you look. The large bar has ample floor space for crowds. To the left, pool tables line up in a row. To the right, down a step into the old warehouse, yellow-gold high-back leather-look banquettes and rustic wooden tables welcome you for dinner. (Only dinner and weekend brunch are served now, although lunch may be added later.)

Is the Hub a bar, or is it a restaurant? It’s both! The bar program looks fine, with a long list of creative cocktails, and a good short list of draft beers (I enjoyed a Bell’s Oberon, $6). The menu features about 15 “Snacks + Small Plates” that range from upscale bar food (popcorn of the day, $2, brought a generous bowl deliciously flavored with Grippo’s barbecue spice) to more ambitious chef-driven dishes (topping out with grilled Gulf snapper for $20). There are also three salads, four sandwiches and a pair of nacho plates. The poutine that made the CJ’s reviewer go ga-ga seems to have departed the menu, but there’s plenty of other good stuff left to choose from.

The mixed-beet salad ($8) was impressive, about as good a salad as I’ve enjoyed recently. High-quality garden greens, not your bagged grocery-mixed lettuces, were tossed with a tender dice of mixed yellow, candy-stripe and purple beets, almonds and cheddar bits, and a tasty tart-sweet vinaigrette.

The Hub burger ($14), was very good indeed, definitely top-tier in the genre. It was made from local beef (the farm is not named), formed into two tender, juicy pucks, medium-rare as ordered and sandwiched with three thick slices of tasty bacon. They were perched on an excellent white bakery bun, and dressed with grilled onions, lightly pickled cucumbers, melted Colby cheese and a tangy mustard sauce.

The idea of nachos-for-dinner appealed to me, and the offbeat veggie nachos option ($13) appealed simply because it was offbeat. I liked it, too, a large plate generously loaded with tortilla chips topped with a mix of black beans, charred red-pepper and tomato dice, lots of fiery, thin-sliced jalapeños, and an earthy beer-cheese dressing. In retrospect, it might have made more sense to share this with a bunch of guys over beers than have it as a main course, but hey, you can’t eat healthy all the time.

So what was that about the grill? Well, let’s talk about two things that didn’t go so well.

“Grilled & chilled asparagus” was chilled, all right, but only barely grilled. Six short spears were limp, flabby and only faintly charred with grill marks. They didn’t have much grilled taste, and even less asparagus flavor. It came as a side with the burger, but if I had ordered it for $6 a la carte, I’d have felt cheated.

The grilled-kale salad ($8) was more problematic. It looked good: A generous bowl of dark-green, curly kale was tossed with apple dice and a cheesy dressing that added the natural funk of Asiago cheese. But one chewy bite told the tale of the kale: This stuff was raw! Limp, tough, stringy and chewy, showing no signs of having been grilled.

We asked our friendly server, Tyler, who wasn’t sure. Maybe they threw it on the grill for just a minute? We took some home for closer observation, and maybe the edges of a few leaves might have hit heat for a second or two. Not long enough. “It was cold,” Mary whined.