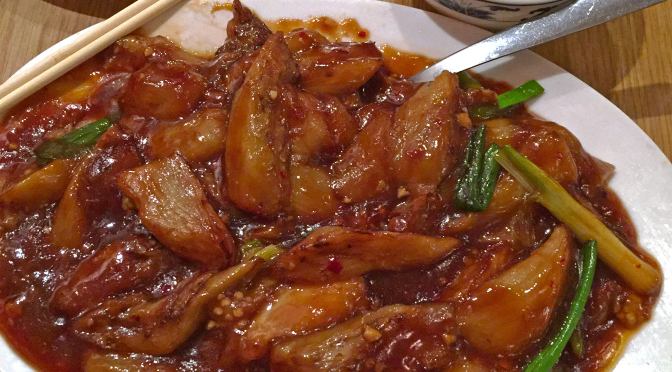 We’re just a few days into the New Year, and most of you foodies are probably already tired of reading many versions of the same basic story about all the new restaurants that joined the metro’s culinary community last year. So let’s not do that.

I’d like to tip my fedora to Baby 2016, though, by pulling up for a wider view: Was there any consistent flavor in the boiling, simmering, seething stew of the city’s eats beat in 2015?

?I think maybe so, and the word for the spicy scene is “chef-driven.” Let’s review the buzziest of the new spots that have opened in recent months or are about to do so. Almost every one has involved a successful local chef-entrepreneur, either adding another spot to the portfolio or moving up to start his own shop.

Let’s call the roll: We’re looking at more than a dozen new restaurants from Fernando Martinez (Artesano, a downtown branch of Mussel & Burger Bar, and at least two or three more on the way); the quartet of Dustin Staggers (from Roux and Rumplings to America the Diner and Ten Tables) , Griffin Paulin (Rumplings to open Over the 9, since moved on), Ethan Ray (Rumplings, et al, to Roux), and Eric Morris (from Loop 22 to Rumplings to Epic Sammich Co., Ten Tables and Gospel Bird); Alex Dulaney and Isaac Fox (Le Relais and Volare to La Chasse); Bobby Benjamin (Oakroom via Le Coop to Butchertown Grocery); Alan Rosenberg (Papalino’s to Fontleroy’s); Ryan Rogers (doubling down on Feast BBQ and now bringing Royal’s Hot Chicken); Tony Palambino (Boombozz to Joella’s Hot Chicken); Kevin Grangier (adding Le Moo to Village Anchor); Darnell Ferguson (from pop-up to full-service SuperChefs); and, coming soon, John Varanese (adding River House to his destination Varanese); brothers Steven and Michael Ton, with Brett Davis (adding riverfront destination JQ Public House to their Doc Crow’s and the Tons’ Basa), and Ian Hall, (opening Brooklyn and the Butcher as sibling to his Exchange Pub + Kitchen in New Albany).

The amount of creative energy that has flowed from a dozen mostly young chefs is noteworthy, and it deserves praise. But it also raises a frank question: So much of this year’s culinary action has involved a smallish group of known players. Do we face a slowdown in 2016 as they settle in to their new kitchens?

Or can this pace continue, and perhaps be bolstered by new voices as the city’s culinary scene continues to draw attention around the nation? And, raising a separate question that’s beginning to dog the scene, will they be able to find good servers and kitchen help in an increasingly competitive market?

We’ll be watching, with knife and fork, and hoping to see this energy continue, not only in the city’s booming restaurant rows but in the growing archipelago of “restaurant islands” as well, from New Albany to Norton Commons and the beckoning open spaces of Portland and the West End where we’ve seen fascinating forays by Over the 9 and The Table.

A quick stop at Oriental House

So there’s that. And then, to welcome the new year with a delicious East Asian taste, let’s make a quick visit to Oriental House, which with the departure in recent years of old-timers Mazzoni’s and Kaelin’s, now stands as one of the oldest eateries in continuous operation in town.

This St. Matthews landmark, with its exuberant Chinatown decor inside and out, goes all the way back to 1960, when even Baby Boomers were still kids. The 21st century has welcomed new owners who came from Hong Kong by way of Chicago in 2003, bringing authentic Chinese dishes along.

The authentic menu alone contains about 85 dishes (including about 30 small-plate dim sum), but some awfully “authentic” seeming items have escaped onto the 100-plus array in the regular menu. Pig ear or pig stomach, anyone? Either is yours for $5.95. If you’d rather stick with the traditional, a couple of dozen variations on fried rice, chop suey, chow mein and egg foo young are available, all priced well under $10.

We started with an old-style classic, egg rolls ($1.40) and found both meatful and veggie versions crisply fried, grease-free and packed with flavor.

Wok-seared whole flounder ($10.85) is a showpiece authentic entree, provided you aren’t put off by the idea of a whole fish, dredged in flour, fried and served whole, bones and all. Some disassembly is required: Lift a fillet off the skeleton, gently remove the bones in a single unit, and enjoy your fried fish in thin slabs. A thin garlicky, umami-rich soy-based sauce garnished with green onion, lemongrass and ginger made a fine dip.

Eggplant with garlic sauce ($8.50) is another authentic delight, a hearty, comforting dish that’s ideal for winter. Good-size bites of fresh eggplant are cooked until they are creamy, then stewed in a savory soy-based sauce with garlic, scallions and a gentle kick of fire.

Dou Miao snow-pea leaves ($10.50) made an entree-size green veggie to share. Sauteed with a touch of garlic, it makes a tasty alternative to spinach.