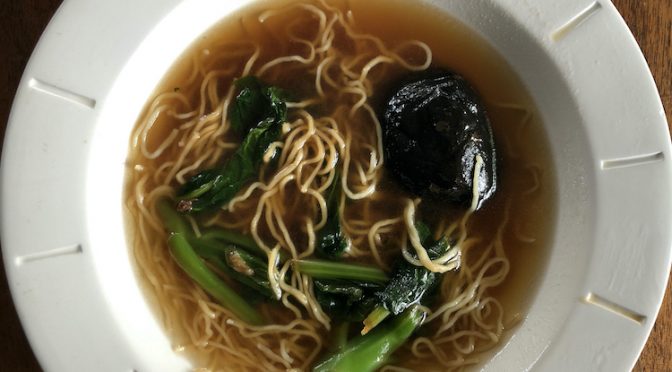 I’ve been a big fan of Jade Palace’s dim sum ever since the late 1980s, when this popular eatery in what is now Westport Village introduced Louisville to these tasty, bite-size Chinese snacks.

But the other day I had a pandemic-related revelation: In these days when many of us are wary about dining indoors at a crowded restaurant: Dim sum makes a great takeout alternative. In fact, Jade Palace is closed to dining in during the pandemic, but it does offer takeout, curbside pickup, and delivery.

So we came, we saw, we carried out, and I was as happy as could be to spread an array of favorite Chinese small plates across our dining-room table.

Jade Palace’s online menu covers a vast range of about 300 familiar Chinese and Chinese-American dishes; the “Chef’s Specialities” section offers an extensive list of Hong Kong cuisine, with most entrees ranging in price from $9.99 to $16.99.

I recommend the dim sum, though. That’s where Jade Palace really shines. You’ll have to scroll down to the second page of the online menu to find it, just past the chow mein and chop suey.

Once you’re there, you’ll find some 75 of these bite-size delights, organized under small, medium, and large and priced to fit: Small items are mostly $3.99. Medium-size dim sum are mostly $4.99, while the large and extra-large items range from around $8 to $12.

It’s customary to conclude a leisurely dim sum lunch with a larger rice or noodle dish or main-course soup, and Jade Palace’s menu offers plenty of these options, too, most priced from $10 to $16.

There’s no way I can describe all 75 different dim sum in this space, so let’s just talk about the goodies that we brought home. Our order came out to curbside right on time and stayed hot in their white plastic-foam packages.

An old favorite, beef balls ($3.99), was a hit. Three golf-ball-size beef rounds were ground to a soft, almost creamy puree with minced ginger adding a tasty bite, plus elusive anise aromas of five-spice. They had been steamed in wilted lettuce leaf wrappers.

Another favorite, lotus leaves stuffed with rice and meat ($4.99), was more mild in flavor than I remember from past visits. It consisted of two large uncooked lots leaves wrapped around plump, squarish packets of creamy short-grain rice in a sticky wad concealing chunks of boneless chicken breast, finely cubed bits of whitish pork, and a fat shrimp.

Fried, browned squares of turnip cake ($3.99), a dish not overly familiar to Western tastes, made an unexpected flavor treat. Four half-inch thick, slightly gelatinous 3” by 3” rectangles of thick gelled turnip puree had been fried until well browned, not crisp, on the exterior. They’re good on their own, better soaked in soy sauce, and are also available in a similar version made from taro.

It’s not a dim sum spread without at least one bao, which are soft rounds of pure-white steamed wheat bread with a treat at the center. Lotus paste buns ($3.99) made a good choice. The tender buns bore a generous dab of sweet brown lotus paste with the consistency, and something like the flavor, of apple butter.

A larger dish, Chinese broccoli and black mushroom noodle soup ($10.34), pictured at the top of the page, is packaged for takeout with the dry ingredients neatly laid out in a plastic box and a quantity of clear broth in a separate tub so you can mix it yourself. It included a generous mound of think, soft, crinkly Chinese wheat noodles, four fat, beautiful black-mushroom caps, and a bed of perfectly cooked gai lan (Chinese broccoli) swimming in a rich, dark-brown mushroom juices. These ingredients’ flavors blended with the broth to make an appetizing soup, and the meaty, umami-rich mushrooms and gai lan brought woodsy flavors to the noodles.

Sadly, another old favorite, an extra-large serving of roast duck ($9.19) proved a disappointment. Normally this dish is served fresh-roasted; the crisp and aromatic skin painted with a five-spice coating on deeply flavored, juicy meat in rich, fatty, and delicious skin. This duck, unfortunately, was served in whole, dry portions that were neither crisp nor juicy but just tired. I’d wager my critic’s license that it had been sitting in the refrigerator for a day or several.

Dim sum is not always savory. Sweet bites also abound on the menu, and it’s a mistake not to include at least one for dessert. Happily, sesame balls with sweet red bean paste come free with dim sun orders of $30 or more. Small rounds of wheat pastry are covered with white and black sesame seeds and stuffed with a dab of fruity red-bean paste. The combination of flavors reminded me of nothing so much as sweet, rich peanut butter.

Crisp fortune cookies in cello wrappers and a quantity of soy sauce packets came in the takeout bag. Bring your own chopsticks.