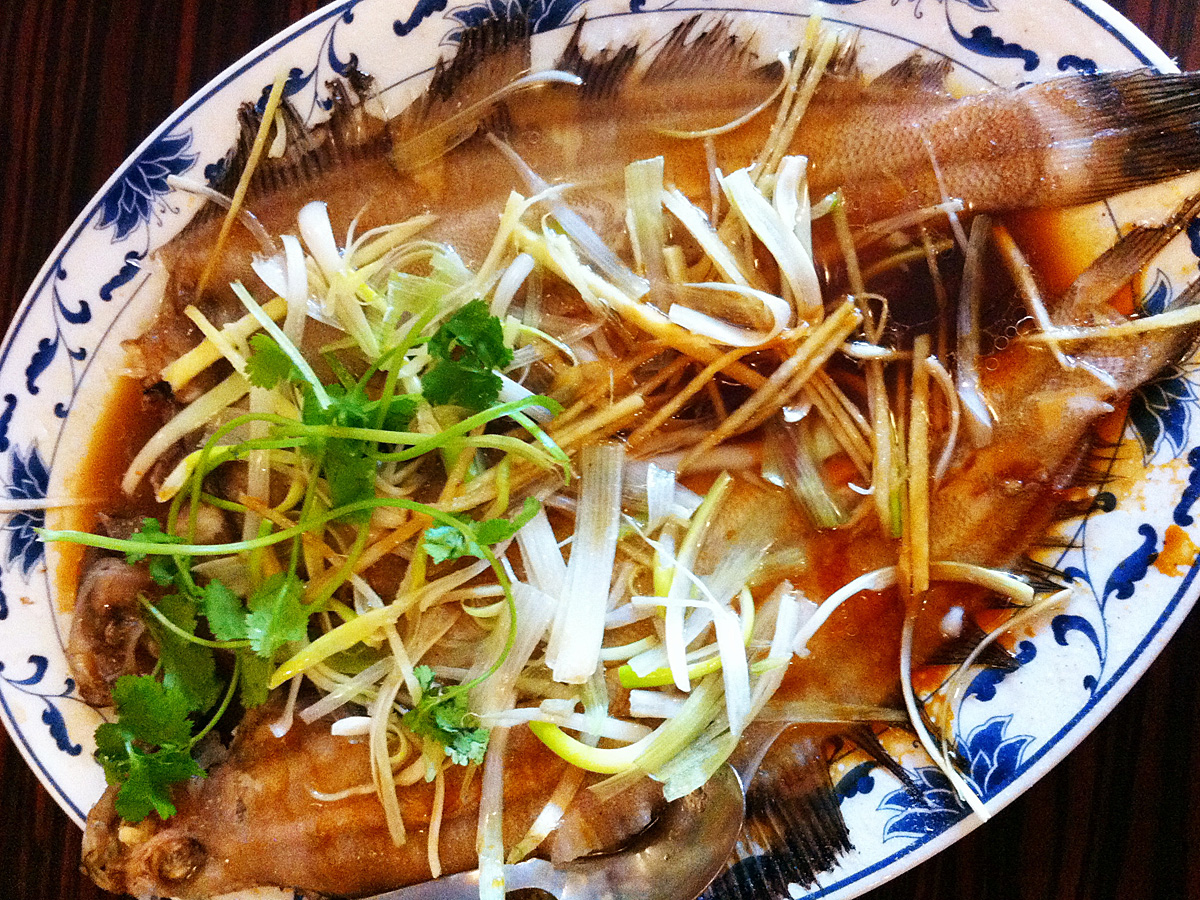 Think back to the days when Oriental House was new. One of the first Chinese restaurants in Louisville, it’s getting on toward 50 years old now. St. Matthews was just starting to sprawl when Oriental House settled in to its colorful quarters on Shelbyville Road back in the ’60s. The St. Matthews mall still had that new-mall smell, the Watterson Expressway had just inched around to US 60, and there were still plenty of potato fields around.

And the restaurant, of course, served the kind of safe, familiar Chinese-American dishes that were about as challenging as Louisville really wanted or was ready to handle back then: Food that was not quite so exotic as the restaurant’s exuberant decor. Sweet and sour chicken? Beef almond ding? Shrimp with lobster sauce? You could get them all back then; and here’s good news: You still can!

When Oriental House’s longtime owners sold it in 2003, the new arrivals, from Hong Kong by way of San Francisco, added an extensive authentic Chinese menu and, in a innovation that earned them the love of local “foodies,” willingly offered it to Westerners, complete with English-language translation.

This was great news for the adventurous, as most Asian restaurants had historically declined to share the “real” Chinese menu with Western diners – perhaps fearing the unpleasant misunderstandings that might result from a nervous diner alarmed by the unexpected texture of his sea cucumber.

Meanwhile, they kept the traditional Chinese-American menu too; and later added a lunch buffet and dim sum Chinese snacks. Oriental House offers something for just about everyone, and does it at affordable prices with friendly, courteous service.

On one recent visit, a hungry couple split three dishes two ways. The eggplant with garlic sauce ($7.95), a vegetarian dish so robust and full-flavored that you’d never miss the meat, came steaming to the table in a bowl. Oblong chunks of eggplant were creamy and flavorful, tossed with fried tofu blocks and plenty of fresh scallions in a gently spicy, garlicky, glistening dark-brown sauce.

My wife impressed me with her fish-dissecting skills as she disassembled two thin fillets of fresh, sweet steamed flounder ($9.50), leaving behind the bones. They had been gently steamed with light soy sauce and fresh ginger, which gave their aromatic flavors to the fish. A shared order of Chinese broccoli ($7.95), similar to the stem portion of broccoli with a few tender leaves, steamed al dente with lots of minced garlic.

Another day we tried chicken braised in soy sauce ($6.50), a tender breast quarter cut into chopsticks-manageable pieces, bone in, subtly flavored by the soy sauce it was cooked in. It was served with steamed rice and garnished with a Chinese twist, iceberg lettuce simmered and served in a sweet-tart soy gravy.

My lunch pick, sauteed chicken, beef and shrimp ($10.25), was just as described: A half-dozen medium shrimp and generous portions of thin-sliced, bite-size boneless beef and chicken, stir-fried in a light, sweet soy-based sauce with plentiful scallions, plated on a bed of crunchy rice noodles and attractively plated with a carved carrot rose.

Both meals, with hot Chinese tea and iced water, ended up in the $25 range plus tip. In today’s market, that’s a mighty comfortable place to be.