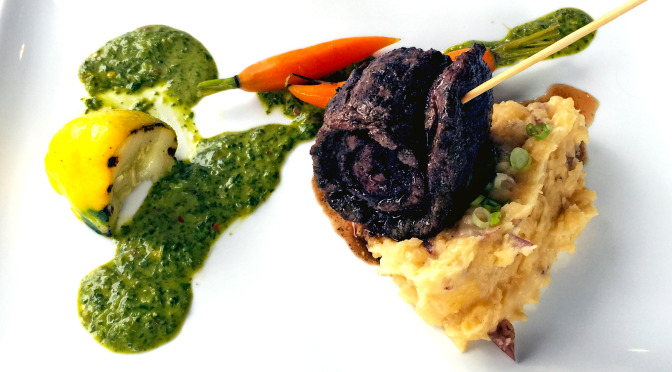 We all know that this city is blessed with a grand buffet of great restaurants, with 20 or more that can dominate on any given day. But Chef Anthony Lamas’ pan-Latino gastronomic temple on Bardstown Road rings my chimes consistently loud and clear.
END_OF_DOCUMENT_TOKEN_TO_BE_REPLACED 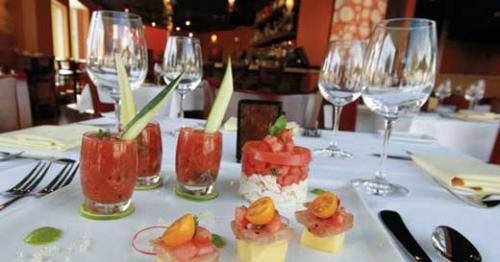 Seviche has been around for 10 years now, if we count Jicama, its predecessor in the same Highlands space, and Chef Anthony Lamas just keeps making it better and better. This sets a mighty high standard for an eatery I’ve been raving about since the start. I gave Jicama a 93-point rating in its first incarnation. Then when it reopened as Seviche in 2005, I kicked the number up to 95.
END_OF_DOCUMENT_TOKEN_TO_BE_REPLACED 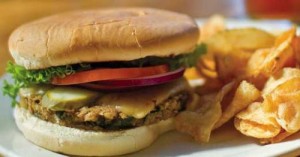 Is there a name for a wannabe vegetarian who likes meat way too much to give it up? I’m thinking “herbocrite,” and I’m willing to bear the label with pride.
END_OF_DOCUMENT_TOKEN_TO_BE_REPLACED 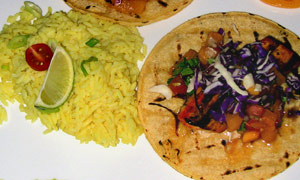 So, while I was really sorry to learn that Chef Anthony Lamas was closing Seviche A Latin Bistro, his suburban operation on Goose Creek Road, after just under a year in business, I was not surprised.
END_OF_DOCUMENT_TOKEN_TO_BE_REPLACED