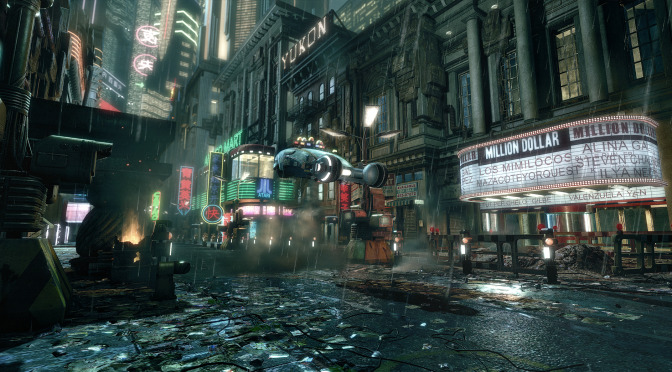 LOUISVILLE, New South United People’s Zone, April 1, 2065 – The recent discovery of a large trove of 50-year-old LEO Weeklys, lost in the rubble-filled basement of one of the old buildings in the old city’s fabled New Lew (Nulu?) district before it was destroyed in the Troubles of ’37, sheds fascinating light on the city’s dining scene in those times.

How different it all seems from our perspective! And yet there are surprising similarities, for they, too, felt that the city’s culinary arena was cool, cutting-edge, and poised to become “The Next Portland” or “The Next Austin,” not knowing that those once thriving metropolises, too, would soon be irrevocably altered by the environmental and political storms to come.

In those days before multi-national corporations had taken over all means of production, locally owned and family restaurants were all the rage. This may seem frightfully inefficient to us now, but in those days it was possible for a mom-and-pop or a group of enthusiastic young chefs to own and operate their own restaurant, without the health and safety, or most of all, the reassuring consistency, that franchise rules and corporate oversight enforce.

It was not until well into the 2020s that the city’s last remaining privately owned eatery, Vietnam Kitchen, was finally absorbed into the PF Chang’s-California Pizza Kitchen Inc. empire.

So many other things have changed. The decline and fall of print media, accelerated by the growing dominance of “clickbait” Internet sites as the primary source of restaurant news (“Top Ten Quick Eats: No. 6 Will Make Your Jaw Drop”) culminated in the long-expected bankruptcy and closing of The Courier-Journal in 2017, followed by the memorable “Oh, screw it” retirement of the last food blogger in 2028.

Speaking of fish, it may seem hard to believe as the 21st century moves into its second half, but back in the ‘teens, fish sandwiches made with cod (extinct for 40 years now), served on actual non-GMO rye bread, were still popular. It was a far cry from our modern “Filet-O-Fishy Squares” of konnyaku sweet-potato flour and seaweed served on carageenan-coagulated plankton cakes.

They used to worry about global climate change! It has been good for us here, with the Greater Gulf of Mexico’s Northeastern Inlet now lapping at the shores of Pleasure Ridge Park. Sadly, our parents’ hopes for a great fishing industry have faltered in the reality of rapid evolution spurred by Roundup runoff and landfill pollution. Even in 2065, three-eyed fish are still a hard sell.

But with a McDonald’s-Starbucks Inc. on every corner – and most of us working for the corporation – we’re well served with our standard daily ration of healthy soy-based “meat product” and burnt-chicory morning beverage. Why, we’ve come just about as far as we can go. Isn’t Louisville’s food scene great?