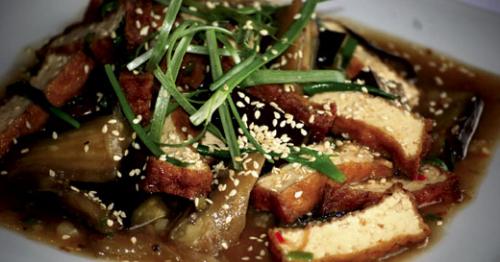 For those of us who grew up in an age when we thought a bipartisan series of presidents wanted to send us off to exotic places with strange names like “Vietnam” and “Thailand” to meet nice people and kill them, it is a fine thing that we now go to Vietnamese and Thai restaurants right here in Louisville, meet nice people and eat their delicious food.

The war sputtered to an end with the fall of Saigon in 1975, and it was maybe a decade before the first Vietnamese restaurants appeared in Louisville. In fact, Louisville’s first Vietnamese culinary pioneer, Huong “Coco” Tran (now at Roots/Heart & Soy), entered the Louisville eats scene with Chinese goodies, not Vietnamese treats. She started with Egg Roll Machine before introducing us to Vietnam’s fare at the original Café Mimosa in the mid-’80s.

Around the same time, the nucleus of a Southeast Asian community began to form in the city’s South End thanks to refugee placement agencies assigning most new immigrant families to the Americana Apartments on South Side Drive. Vietnam Kitchen became the iconic Vietnamese spot, Thai-Siam popped up around the same time, and more good ones soon followed.

Nowadays, I can’t think of many parts of the Metro where you won’t find a Vietnamese or Thai restaurant nearby, and that’s a good thing. And now even the hopping St. Matthews nightspot and pizza zone sports a couple recent Vietnamese additions as alternatives for those who can’t face yet another mug of suds and slice of pie. NamNam Café (LEO Weekly, May 4, 2011) is coming up on its second birthday, and Saigon Café also joined the roster recently.

Hiding in plain sight on Fairfax Avenue just around the corner from Trinity High School, Saigon Café shares a small strip center with a branch of the popular El Tarasco Mexican. For a while it had been a branch of Lemongrass, a local Asian mini-chain that tried to span Vietnamese, Thai and Chinese but, in my opinion, did them all passably but none particularly well.

So, meet the new place, just like the old place? I figured that for a while, based on the trajectory of La Que, which took over the Baxter Avenue Lemongrass without changing much. But eventually the food critic’s prime directive caught up with me: “Don’t assume. Check it out.” And I’m mighty glad I did, as Saigon Café is a distinct step up. You can still spot the old Lemongrass Thai and Chinese menus hiding in the back pages for those who insist. But the Vietnamese offerings have been kicked up several notches. It’s now an authentic, ethnic bill of fare that wouldn’t be out of place at one of the South End Asian destinations.

Better still, all this Vietnamese goodness comes with an artful sensibility, bright and bold colors, comfortable seating, and a staff of Vietnamese and American servers who seem uniformly eager to make your experience a good one.

Did I mention “affordable”? Four dozen Vietnamese main dishes, plus about 20 starters and salads, top out at $12.95 (for pineapples with seafood, Khom Xao Do Bien), a smorgasbord of scallops, shrimp and calamari stir-fried with pineapple chunks and veggies. Only a handful of dishes top $10, with plenty of Pho (dinner soup), jasmine rice or noodle dishes and traditional specialty items available for as little as $8.50.

And yes, there are about 10 Chinese and Thai dishes available in the same price range. I was never a big fan of Lemongrass’s Pad Thai (now $8.75), but someday I’ll probably apply the fairness test and give Saigon Café’s version a try. It’s mighty hard for me to think about going there without feasting on Vietnamese goodies, though, and I recommend you do the same.

We started with a batch of appetizers and had no complaints. The kitchen is attentive to flavor, texture and seasonings, and it shows in dishes that come out fresh, flavorful and bright.

Papaya salad (Goi Du Du, $6.25) made a memorable palate-teaser, firing up the crisp texture and tart flavor of shredded green papaya, onions and carrots with a garlicky sweet-tart-hot dressing.

Salt and pepper calamari (Muc Chien Gion, $7.50) might as well be billed as “squid nuggets,” but they’re very tasty nuggets, a generous pile of tender, mild calamari bites cloaked in a light, almost tempura-style breading that popped with the flavor of freshly ground black pepper.