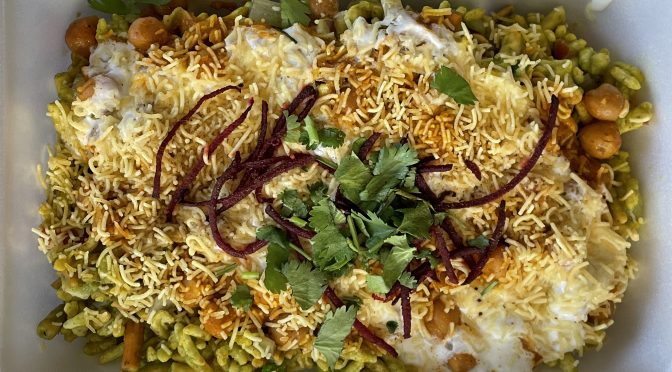 Now, Louisville is not New York City, but it crossed my mind the other day that we’re kind of, sort of developing our own Indian Restaurant Row. It’s not as dense as New York’s, and there’s no question of a shared kitchen. But hey! Six Indian culinary establishments – four restaurants and two groceries – in a three-mile stretch of Hurstbourne Parkway isn’t bad in a city where we once had to drive to Cincinnati to get Indian food. END_OF_DOCUMENT_TOKEN_TO_BE_REPLACED 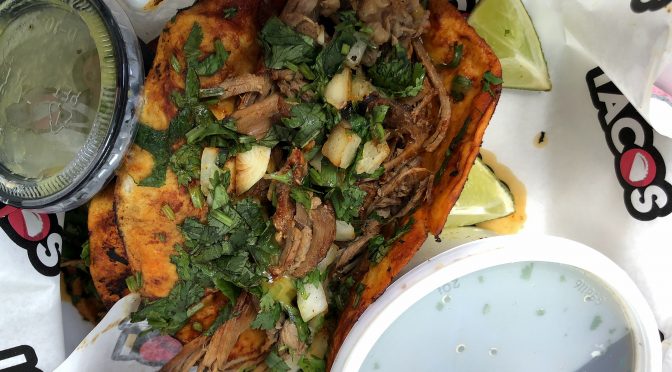 And then there’s that “I ?? Tacos” logo with an emoji heart. I don’t think I’ve ever checked in at a restaurant with an emoji in its name until now. END_OF_DOCUMENT_TOKEN_TO_BE_REPLACED 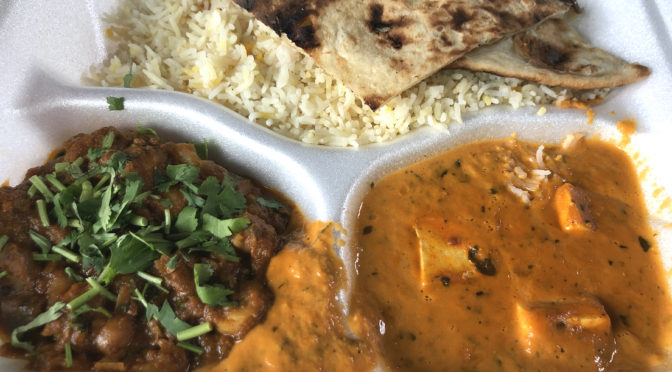 But that wasn’t enough. Taxak was making and serving the food that he loves, but the situation left a hole in his heart. A lot of people were suffering. Furloughed, out of work, families would have a hard time feeding themselves. He couldn’t imagine his two children going hungry, and he didn’t want to think about it for anyone else. END_OF_DOCUMENT_TOKEN_TO_BE_REPLACED 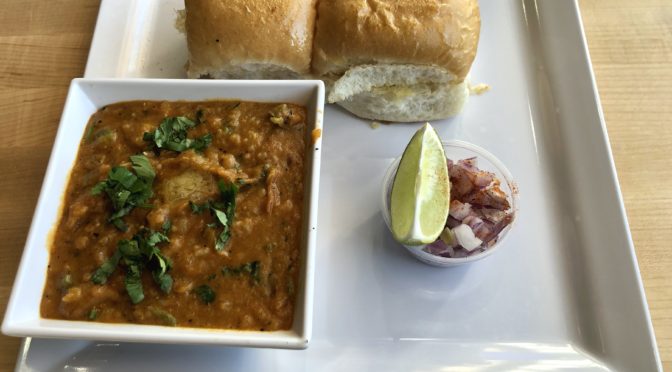 People loved it, and before long Agrawal opened his first sit-down restaurant. He called it “Honest,” and the food was honest, and before long he had shops all over Ahmedabad, then all across India, prompting jokes about “The Indian McDonald’s.” END_OF_DOCUMENT_TOKEN_TO_BE_REPLACED 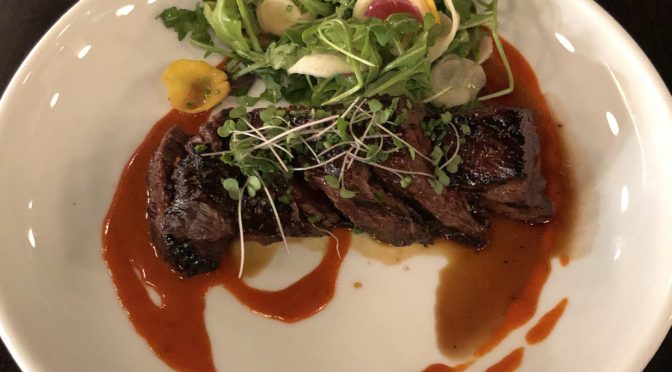 SOU might mean “South.” It could represent “soul.” Yet the proper way to pronounce the name of this new Plainview-area eatery is not “sow” or “soo” but “So-you.” Intentional ambiguity seems to lie at the heart of this upscale dining room in a thoroughly renovated former Skyline Chili parlor, and that’s all right. END_OF_DOCUMENT_TOKEN_TO_BE_REPLACED 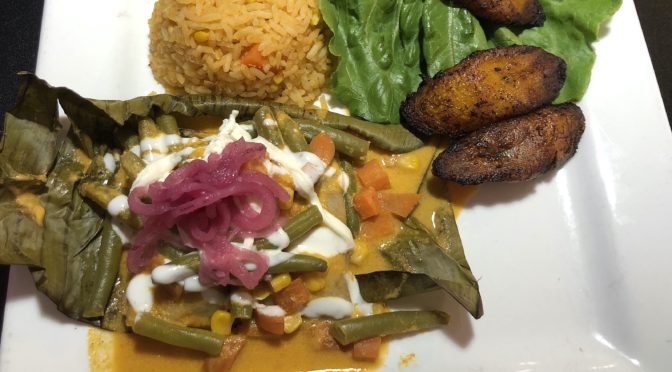 It came as no real surprise when I discovered that Las Margaritas Mexican Cuisine features margaritas at its well stocked bar. After all, lots of Mexican restaurants do. But this place takes it to the next level, offering a choice of a dozen house margaritas, from traditional models built with tequila or mezcal to hibiscus, prickly pear or jalapeño models and – wait for it – a bourbon margarita. END_OF_DOCUMENT_TOKEN_TO_BE_REPLACED