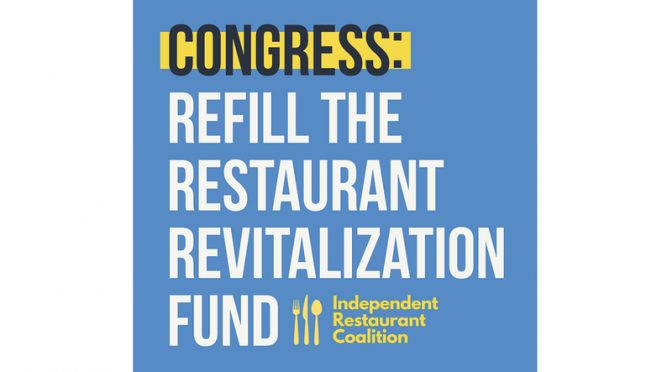 Dependent on walk-in traffic, Lifebar’s sales plummeted as a fearful public hunkered down at home and stayed out of stores. Less than three months later, Barmore and his wife, Jamie, announced that the stores were closing.

But that, too, is sputtering to a halt. Lifebar will have to close if funding isn’t forthcoming, and Barmore is planning a career shift. “I’m looking for a job in technology,” he said. “Get rid of the stress. Restaurant work is stressful. You can’t just pay money to serve people food.”

Could anything have saved the business, and others that struggled to survive the pandemic? Well, maybe.

The federal Restaurant Revitalization Fund, a $28.6 billion federal grant program intended to help restaurants and bars, passed in March 2021, seeking to stem the tide of 110,000 restaurant and bar closures estimated by the National Restaurant Association. The fund was part of President Biden’s $1.9 trillion stimulus package called the American Rescue Plan.

The fund offered hope, Barmore said, but it wasn’t enough. As Barmore explains it, restaurateurs could calculate their grant amount by subtracting their sales in 2020 – the first year of the pandemic – from those in 2019. The difference reflected pandemic losses, and they could apply for that amount as an RRA grant.

The problem with this, simply, was that Congress didn’t allocate nearly enough money. National Restaurant Association lobbyists said it would take $120 billion to meet the need. Congress allocated just under one-fourth of that.

“Restaurants were to get this as a grant,” Barmore explained. “You were supposed to use it within two years of receiving it, and it was to go for payroll, debt, improvements to the restaurant, basically to shore up operations and food costs.”

The grants could be life-saving, but a complicated application process through the U.S. Small Business Administration tended to favor larger restaurant companies with office staff and lawyers on hand. Further, applications for the first 28 days were limited to minority and women-owned restaurants and those that had already filed bankruptcy.

Many left out in the cold

Lifebar was left out in the cold: “We did not receive anything.”

Soon the industry asked for more. Restaurant business lobbyists, including the National Restaurant Association and the newly formed Independent Restaurant Coalition, which sought to serve the interests of local, independent restaurants and bars, began pressing Congress to pump in more dollars to refill the Restaurant Revitalization Fund.

Congress quickly got things started with a bill, H.R.3807, the Restaurant Revitalization Fund Replenishment Act of 2021. Filed in June 2021, it seeks to add another $60 billion into the Restaurant Revitalization Fund. A bipartisan effort, it was sponsored by Senators Kyrsten Sinema (D-AZ) and Roger Wicker (R-MS) and Reps. Earl Blumenauer (D-PA) and Brian Fitzpatrick (R-PA).

Nine months later, the bill has accumulated 234 co-sponsors in the House and 46 in the Senate. But it languishes without action in the Senate Committee on Small Business and Entrepreneurship, where Kentucky’s Senator Rand Paul, the ranking member, has blocked efforts to move it out of committee.

“We are really trying to push Rand Paul to make a move on this,” said Barmore, who’s been working with the Independent Restaurant Coalition. “I know it’s like pushing a rock up a hill, but we must get the Republicans on the side of this as well as the Democratic Congress people.”

Intense lobbying is going on this month. Mobilizing through a Reddit group, restaurateurs and restaurant workers nationwide have organized phone campaigns to legislators and, last week, a major effort to visit Congressional offices in person to plead the case of independent restaurants and bars.

“What this has taught me is the power of a call to senators’ offices,” Barmore said, adding that Senator Mitch McConnell’s office told him he’s willing to support the bill if it moves forward and passes out of committee.

“This is not a partisan issue,” Barmore said, “and it has taught me how the process works, calling senators in other states, trying to get people on board so you can make a change.”

What can we do?

“This is our last push,” Barmore said. “We don’t really have any more options to replenish, and restaurants can’t wait. So many restaurants have gone out of business. This grant is a down payment for restaurants to stay alive and get a little breathing room.”

And, he said, a bit wistfully, “if the funds are passed, “Lifebar will continue to live on.”

Are you listening, Senator Paul?