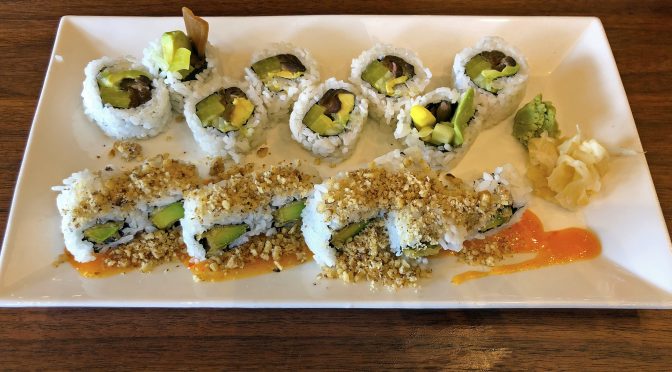 If you’ve been fretting about high gasoline prices and skyrocketing grocery costs lately, you are certainly not alone.

And if you own a restaurant or work in one, already wrestling with well-publicized supply chain and staffing issues driven by the pandemic, you’re looking down the barrel of scary times ahead as inflation and a possible economic recession join the mix.

That’s why the Federal Reserve raised interest rates for the first time since 2018 last week, trying to tackle the country’s highest inflation in four decades. All this, and there’s the unknown but alarming economic impact of Russia’s invasion of Ukraine to keep us fretting.

Repeating the lessons of history

So, considering that those who fail to learn the lessons of history are condemned to repeat them, I thought I’d spend a little time this week going back over some of the free advice I gave away during our last major recession.

During the Great Recession, between December 2007 and July 2009, I reviewed about three dozen new restaurants. Only nine of them remain today. Virtually all of the rest closed within a year or two. Most of them are just about lost to memory. Do you remember Macca’s, Market Street Fish House, Macca’s, Caffe Perussa, Carly Rae’s, Zaytún, or Omar Pakistani Fast Food? Well, I do, but I wouldn’t be surprised if you don’t.

To be realistic, it’s tough to launch a new restaurant and keep it alive even under the best conditions. According to the National Restaurant Association, 30 percent of new restaurants – nearly one in three – don’t survive their first year. Profit margins are thin, staff turnover is traditionally high, and not all new owners are equipped to deal with the financial and operational challenges around starting a new business.

That rate held true even during the continuing Covid-19 pandemic, when a surprising number of new eateries braved the risks of dining-in shutdowns by state order, masking, social distancing, and, more recently, staffing and supply-chain issues. Most of them appear to have survived.

But in the Great Recession – a historically deep slowdown but without the spectre of inflation – only one-fourth of the restaurants that opened in the region survived, a startling 75 percent failure rate for those who dared to open during a troubled economy. Any restaurant owner who isn’t nervous right now probably should be. Quite a few of them are, but just as we whistle while we walk briskly past the graveyard, no one wants to talk about it much.

So let’s look back to the Great Recession. Naturally I encouraged you to do what you could to support your favorite local restaurants – within your means, of course – and I had a few suggestions.

“Here’s a cheeky way to treat your sweetie to dinner at a fancy restaurant,” I wrote in February 2008 with Valentine’s Day coming up; “enjoying an expansive meal while keeping the price under control: Share dinner. Serious sharing, the kind you would only want to undertake in the company of someone close enough that you don’t object to taking food from the same plate. This approach need not be cheap or sleazy, and any good restaurateur will gladly accommodate you in your plan.”

Two diners, one plate? Sounds good to me if money is short. The restaurant might even separate the entree onto separate plates for you.

In October 2008, with the recession well entrenched, LEO Weekly put a thrifty twist on its annual Dining Guide, billing it LEO’s Recession Proof Dining Guide. In my contribution, Champagne Dining on a Beer Budget, I came up with a handy list of tips for enjoying a good meal in a nice eatery without breaking the bank.

Briefly told, they were:

• Skip the main course. We enjoyed an excellent dinner at Porcini by ordering the Crescent Hill Italian landmark’s famous fried calamari as a main course. With a Caesar salad and a couple of glasses of Chianti, we got out for cheap.

• Share plates. Enjoying dinner at Bim Deitrich’s beloved Primo, we cut the price of an entree in half by dividing it between two plates.

• Don’t go in hungry. Enjoy a light salad or cup of soup before leaving home, then arrive at your fancy restaurant hungry but not ravenous enough to call for extra appetizers and a second dessert.

• Drink smart. I love a good wine or a well-made cocktail, but you can save a lot of money at a fancy place if you skip alcohol and save the money for your entrees. Just this once!

Along with these money-saving suggestions, a strict Thou Shalt Not from 2008 that still apply in 2022:

• Thou Shalt Not Stiff the Server. No matter how broke you are, if you’re dining in a fancy place — even on the cheap — you need to take care of the server who had to hustle to make you happy. Tipping at least 20 percent is the right thing to do, and if that’s difficult for you, just remember that your server is struggling through the same recession you are.

Maybe we can escape a recession. Maybe the Fed can hold inflation in check. And maybe we’ll finally creep out from under the challenges of a pandemic that’s in its third year now. But even if we’re in for a rough ride, remember that it’s still possible to enjoy a good dinner out now and then. And when you do, please be sure to go for your friendly independent, locally owned restaurants first and always.